EXCLUSIVE: Verbov – „It’s more and more difficult for me to make decisions about my career“

Whoever had a piece of 24k gold in its hands knows how valuable it is. It's definitely a piece that should be kept and guarded by all means. That’s how Zenit Kazan see Aleksey Verbov, the best-ever libero of the Russian men’s volleyball. 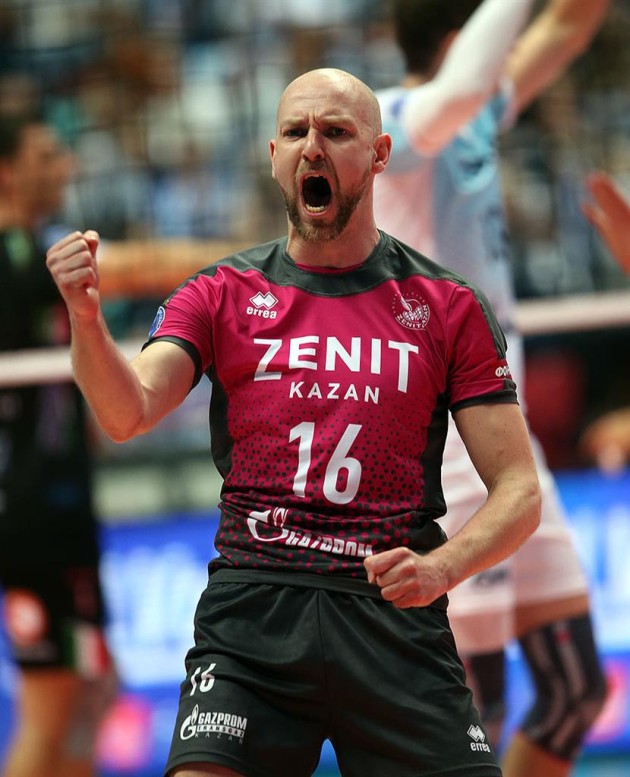 A 36-year-old Aleksey Verbov has been in Zenit Kazan since 2013. The Russian powerhouse cannot be imagined without him. During this time, he won the CEV Champions League 4 times, FIVB Club World Championship once, Russian Superliga 5 times, Russian cup 5 times, and Russian Super cup 3 times.

The season behind us is the most successful in the history of Zenit Kazan with 5 trophies won! This is how Verbov saw it…

Despite the fact Zenit Kazan won all possible trophies, both national and international, last season, it seems that after a long time you had a worthy rivals in the playoff finals, Zenit Sankt Peterburg. What are the things that were crucial for your team to win and do you see Zenit Sankt Peterburg as the main threat next season?

„I don’t see Zenit as our worthy rivals, just the names of our teams are the same. Belgorod, Dinamo, Novosibirsk, Kemerovo, and Fakel are medal contenders every year and I don’t think that the circle of contenders will change next year. All these rivals are special to us. The final was not particularly tough, except for Game 2. The difference in the class of teams was noticeable, just like it was during the entire season. I saw in the eyes of Saint Petersburg players that they were already happy just to be in the final and that their goals have already been fulfilled for this season. Accordingly, you can conclude how complex it was for us. Teams always play relaxed and freely against Kazan. If you lose, it’s not bad. If you win, you’re heroes. But, no matter how the opponent played, if Zenit Kazan are in the mood and everything turns out good for us, it’s not possible to beat this dream team.“

The 2018 Champions League final against Cucine Lube Civitanova was epic in every sense. How did this battle look from your point of view? What was crucial to overcoming the crisis which Zenit Kazan had several times during the match?

„I absolutely agree. This match is definitely included in the top 3 most interesting matches in which I took part. The organization was crazy, intriguing, red-hot, and the outcome was in the style of the greatest Hollywood tradition! Lube played wonderful, I think that it was one of their best matches this season. I believe that the support of the crowd simply pulled us by the ears in the fourth and fifth set. Of course, the winning spirit of Zenit as well. Over these years, we’ve been by a whisker from losing so many times and each time we found the strength to reverse the difficult situation. All played a role in this victory: Butko brought us back into the game in the fifth set, Mikhailov was very good throughout the game and carried a large load in the attack until the middle of the fourth set while León was looking for his play. Matt, as always, was stable, the middle blockers had a difficult time playing against the quick and quality play of the rivals but they endured and made several important kill blocks. Alekno had the vision that decided the outcome of the match, and, of course, León, who scored all the key points in the match just as he did in all these last 4 years – the real leader and the best player of the world at the moment!“

What was going on in your head when your team was trailing by an 11-7 in the tie-break? Can you reveal for us what did you say to your teammates at that moment and what did all of you tell to each other on the court?

„I was thinking of my relatives and friends who were in the hall, and that I will fight to the end no matter what. We didn’t say much at that moment, we were all very focused. All the talks were the so-called working conversations.“

By your opinion, what are the key factors that contribute to the dominance of Zenit Kazan, both in Russia and on an international level? 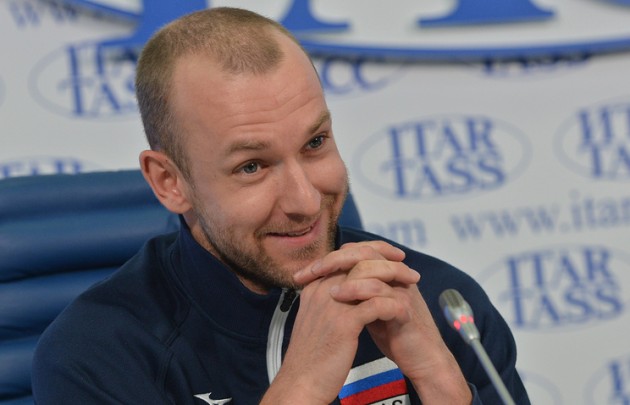 Zenit Kazan are full of volleyball superstars but, still, it seems that all of them are willing to submit to the team and team play. How difficult is to prevent any kind of self-promotion of the players and playing for the statistics? And, what is the role of experienced players, like yourself, and a coach in this?

„And what are personal successes and statistics in volleyball? This is a team sport. When we get old, we will be able to touch our medals and remember such matches as the recent one in Kazan, and everything else is less important. For young players, prizes and appreciation of other people are important, it takes time to set priorities of what is the most important and what is not. Only the winners and strong-hearted people go through life with their heads held high while glory seekers remain on the margins. As Mikhailov told me once, if someone would ask him, he would remove all the individual prizes. Respect the people around you, give yourself completely for the final result, be strong in any situation – it’s the motto of Zenit Kazan. This is what we try to teach our youth.“

One of the players who became the symbol of Zenit Kazan for years, Wilfredo León, left the club. What are the most important things that you will miss about him?

„You know, I always say that the team is everything and that one person in the field can’t win a war. But, León sometimes managed to deny my belief in this. He is able to single-handedly win some matches, which I have not seen before. In his 20s, he has inscribed his name in the history of volleyball. In addition to his outstanding physical qualities, he has a special button that turns on at 200% and it usually happens at the most important moment. He’s a fighter to the core. Crazy character. I remember that, when he was 14 years old and played for Cuba against Russia, he went to our side of the court and said something to me (laughing). He was 14 years old! And he learned the Russian language! This suggests that in addition to jumping higher, his head is stronger and he knows how to use it! I think that Italy will do him good and Zenit will also benefit from his absence. We must not stand still, we need to develop further. I remember all the great players alongside which I stood on the court and, of course, I will always remember this wunderkind.“

Another big name comes instead of León – the Frenchman Earvin Ngapeth. How do you like the fact that you will play side by side with such a player whose name is well-known in the world volleyball? What is your opinion on his qualities, personality, style of playing…?

„As I said, I like to learn and find out new things. And Earvin can give very much both to me and Zenit. I’m very glad that Zenit managed to sign such an extraordinary player. This will be a new page in the book and I hope not less positive. I don’t know him as a person, with the exception of those stories in which he participated (laughing). But, as a player, no comments are necessary. We will have to change a lot in our game but I think that he will help us to further reveal the potential of all our players.“

What are your plans for the next season? Will you continue to play for Zenit Kazan or do you consider retiring? We know that you already tried yourself as a coach in Zenit Kazan, replacing Vladimir Alekno on several occasions last season…

„I’m staying for another year. For several years now, it has become more and more difficult for me to make decisions about my career. And this time was no different. It’s no secret that I would like to try myself as a coach but for now, that chance is not available. This does not prevent me from studying and this year I received a diploma, as well as a coaching license. We were considering with Alekno for a long time what to do now and should I hold out for one more year. And we decided that the experience of last season of combining the role of a player with the coach was positive for the team and for me. This, of course, doesn’t make my life easier, the burden is doubled, the truth goes in several directions (laughing). But this is a huge experience and a good chance to feel the role of a mentor. I thank the club leadership, the coach and the guys for the fact that they are all sympathetic to this venture. What remains now is to seize this opportunity in the right way!“

Players, take the opportunity to promote yourself at WorldofVolley.com

one of the best and most insiightful interviews i’ve read in a long while! It’s like getting into the head of Verbov. Great one!

INTERVIEW: Dragan Travica for WoV – “We...