ARG M: UPCN out of title matchup after 9 years, Obras in playoff finals for the first time ever

Obras de San Juan advanced to the Argentine Men’s Volleyball Championship finals for the first time in the club history. 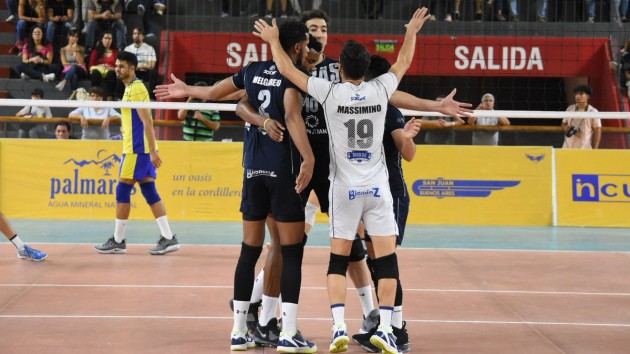 In a great Game 4 of the 2018/19 Liga de Vóleibol Argentina playoff semifinals, the second seed Obras de San Juan recovered from 0-2 against city rivals and also reigning champions UPCN San Juan Voley Club to win in the tie-break, partially: 23-25, 16-25, 25-20, 25-18 and 15-13. Thus, Obras closed the series by a 3-1 and will play their first-ever national league finals. Interesting fact: Obras is among the minority of the teams that took part in the premiere edition of the Argentine League, which was in 1996. And only five seasons ago, they returned to the country’s top division! Now, they will face the winners of the other semifinal, Bolívar Voley. As for the third seed UPCN, they will be out of the title matchup for the first time since 2009/10 season.

Obras had two top scorers in Game 4, both Cubans: Osniel Melgarejo and Jesus Herrera, who notched 25 points apiece, with the latter serving five aces. Federico Martina scored 19 points for UPCN whose coach Fabián Armoa could not count on his best scorer Zbigniew Bartman today. The Pole only played third set in which he entered as a backup.

The opening game of the 2018/19 Liga de Vóleibol Argentina playoff finals between No.1 seed Bolívar Voley and Obras de San Juan is scheduled for April 13 at 2:00 CET.

BRA M: Cruzeiro make as much as 46 errors to fall to Taubaté in semifinal Game 1, Sesi beat Sesc