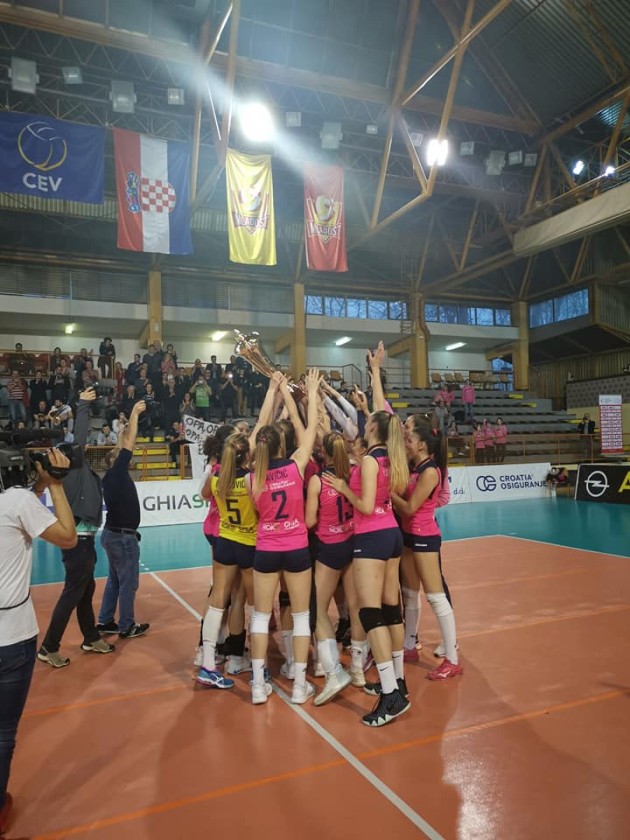 By beating OK Kaštela in Game 3 of the 2018/19 Superliga playoff finals in straight sets, partially 31-29, 25-10 and 25-11, HAOK Mladost closed the series with a 3-0 and claimed the Croatian championship. Thus, the team from Zagreb remained the most-titled Women’s side in the country with 14 championship trophies on their account.

Mladost lost only one set in the playoff finals matchup against Kaštela who had their chance in Game 3 to spice up the encounter and maybe the entire series but failed to convert a 24-21 lead into winning the opening set.

Mladost finished the season with a perfect 33-0 record!