AUT M: Posojilnica win series against Waldviertel by a 4-1 to defend title 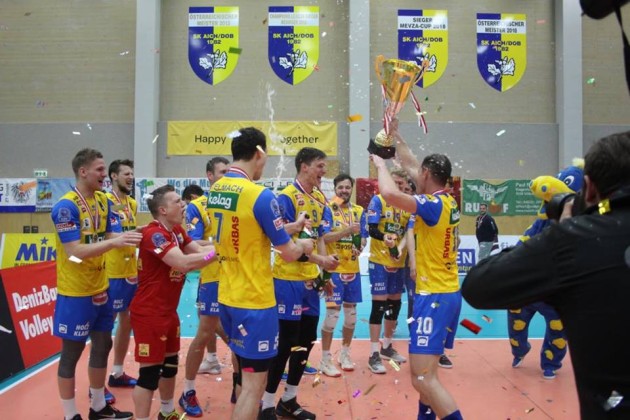 The defending champions and also the top seed SK Posojilnica Aich/Dob (22-2, 67 points regular season) won Game 5 of the 2018/19 DenizBank AG Volley League Men playoff finals against the No.2 seed SG Union Raiffeisen Waldviertel (17-7, 50 points regular season) in straight sets, partially 29-27, 25-21, 25-20. Just like in all previous gold medal matchups, Waldviertel missed taking advantage of the many opportunities offered by Posojilnica in a decisive game. For instance, Waldviertel dropped a 15-11 in the second set in Game 5. So, the team from Bleiburg closed the series by a 4-1.

POL M: Zaksa and Onico to battle in the playoff finals!