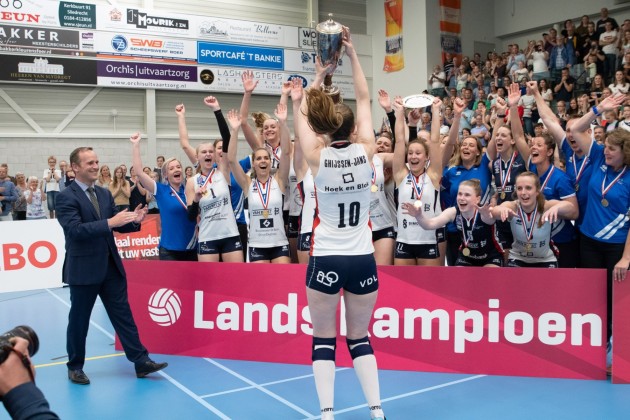 Sliedrecht Sport claimed the third national championship in a row. After earning a top seed (17-1, 49 points in the regular season and 9-1, 31 points in Top 6), Sliedrecht Sport gained a home ground advantage in the 2018/19 Eredivisie dames playoff finals, which turned to be far from an equal fight, against the second seed VC Sneek.