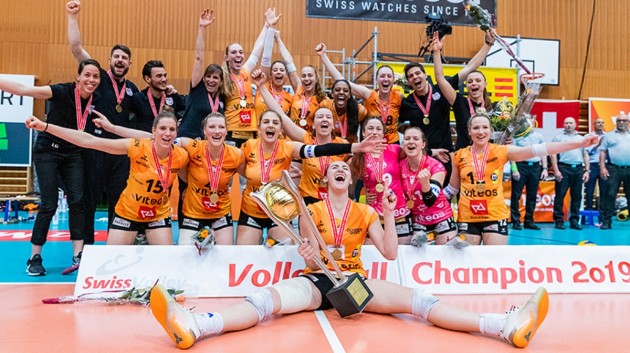 The fourth seed Neuchâtel UC became the first winner of the Swiss Women’s Volleyball Championship in the post-Volero era.

This was the first time that Switzerland gained a titleholder other than Volero Zürich after nine years. Volero are currently competing in the French top division under the name of Le Cannet, which was a decision of the club leadership that was made last season.

The professional volleyball rookie Tia Scambray top-scored for Neuchâtel in Game 4. The American player, who competed as libero through her collegiate career, was moved to the outside hitter position upon arriving at the club. She scored 18 points. Her compatriot Martenne Bettendorf set up four kill blocks. Brazilian Jessica Ventura noted 14 points for Sm’Aesch.