Asterix Avo Beveren has been crowned Belgian Women’s Volleyball champions for the 13th time in club history, the sixth in a row. 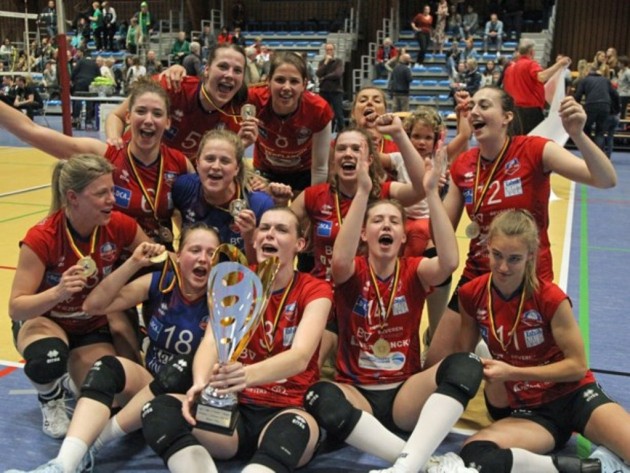 Still, knowing that Hermes finished the regular competition as the leaders with six points ahead of Asterix, this Liga A title of Asterix, despite being the sixth in a row, came as a surprise. It is the third title for the club after the merger between Asterix Kieldrecht and Avo Melsele in 2017. Asterix leveled with Hermes on the list of the most titled teams in the country as now both have 13 but with Hermes winning their last back in 1987.

Asterix will have to seek new head coach for the next season as Gert Vande Broek, who won previous six titles with the club, decided to depart.

BRA M: Taubaté respond in kind to Sesi to level final series at 1-1

Volley All Festival ready for biggest ever...