Belgium is the only side that did not lose a set in the first day of a qualifying tournament for the 2013 CEV Youth Volleyball European Champs. They routed Denmark in three sets while Hungary and Finland could also celebrate their first win in the competition after cruising past Croatia and Greece respectively. 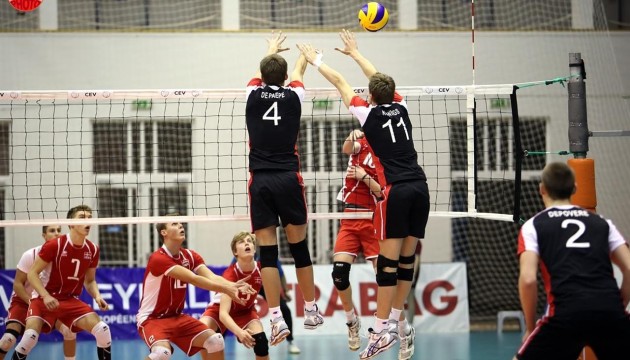 Belgium opened the tournament by displaying excellent Volleyball and great team spirit along the way to a speedy 3:0 (25-19, 25-19, and 25-17) to edge Denmark. The guys mentored by head coach Steven Vanmedegael did never lose control of the operations with the only exception being a short “black-out” in the second set that was nevertheless quickly recovered. In set 3 the group did confirm its intention to vie for a ticket to the final round with great actions being contributed by the only 15-year old Thomas Konings.

The home guys of Hungary started out their campaign with a 3:1 win over neighboring Croatia (25-20, 24-26, 25-22, and 25-19) to take three points from this game. Via the spikes by Krisztian Padar and the blocks killed by Tamas Tigyi, Hungary went up even by nine points in the first set before Croatia scored six in a row but could not finalize its comeback (25-20). The audience could see a close second set where Hungary missed out on a set ball before Croatia draw level in sets with the help of Filip Sestan. After a provisional tie at 8, Croatia made a series of great serves in set 3 going up by five points before Hungary stormed back with another run of six to go for the final 25-22. Set 4 was marked by many errors from both sides of the net with Hungary showing more focus to bring it home at 25-19. “This was a first step and I hope we can play with the same patience also in the next matches” said local mentor Tibor Tomanoczy.

Finland edged Greece 3:1 (25-14, 25-16, 18-25, and 25-19) in the last match of the day. Finland dominated the scene in the first and second set via an excellent performance by Lauri Jylhä, Antti Ropponen and Karri Kutinlahti, before Greece surged back in set 3 (25-18). However, Finland got back its best play (25-19) in set 4 and could eventually claim its first win in the competition.

Do we have a player who scored...