Latvian Volleyball Federation did stage its General Assembly whereby 47 out of 67 delegates voted for Mr. Atis Sausnitis who will hence chair Latvia’s Volleyball governing body for the next four years. 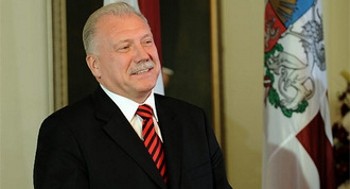 Sausnitis – who had already chaired the Latvian Volleyball Federation from 2003 through 2007 – got the majority of the votes in that run that was joined by three more candidates, i.e. outgoing President Almers Ludviks, Pavels Selivanovs – an Olympic champion back in 1980 while playing for the Soviet Union – and Ainars Vanags, a former Volleyball player and successful businessman.

OG: “Volleyball has turned into a unique...