Poland, the Netherlands and Austria won against England, Latvia and Ukraine in the second round of the European qualifier in Lutsk where six national teams are fighting bravely to make it to the final round of the 2013 CEV Youth Volleyball European Championship – Girls. 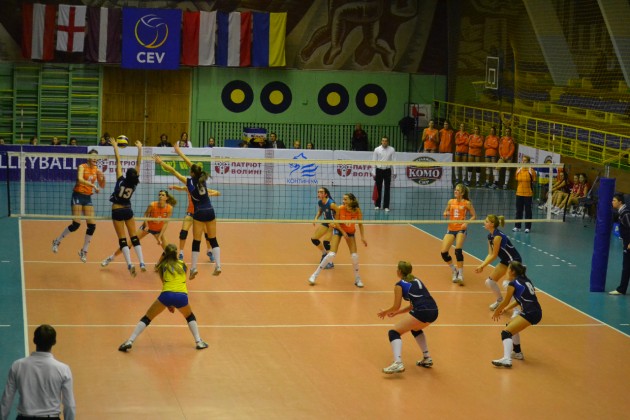 Poland opened the program on Friday by easily routing England in straight sets (25-13, 25-10, and 25-15). With this result Poland showed its quality and intention to make it to the final round while England suffered its second straight defeat after being ousted by Ukraine on Thursday.

On the other hand, the Netherlands rounded out the program by cruising past Latvia doing so also in straight sets (25-14, 25-14, and 25-16). Even though the girls from Latvia tried their best, still this was not enough to stand the quality and consistency displayed by the “Oranjes”.

The real surprise of the day was contributed by Austria that edged the hosts of Ukraine at the end of a real thriller (25-18, 24-26, 28-26, 20-25, and 15-13). This was so far the most spectacular game of the tournament; the Austrians started out strong and pressured their rivals to pocket the opening set with the score of 25-18. Ukraine got back on track taking the second set after a close final rush (24-26) but Austria responded by emulating their opponents in set 3 (28-26). Ukraine then regrouped and played with confidence in set 4 (20-25) to call for the tie-break where – to the disappointment of the local audience – Austria eventually cruised to its first victory in Lutsk (15-13).