Belgium is extremely close to make it to the final round after the guys around head coach Steven Vanmedegael scored on Saturday their third consecutive win. As they all have two victories so far, it looks like Finland, Greece and Hungary will be fighting for the second ticket available to join the final round. 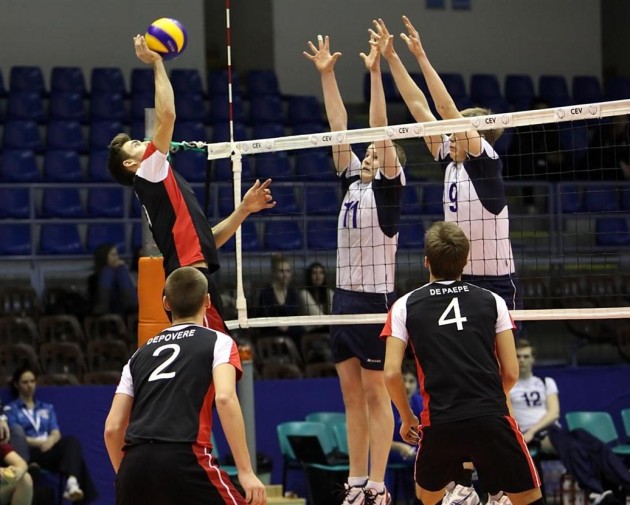 Greece and Croatia opened Saturday’s program with a relatively close match where Croatia was able to claim the opening set (25-23) before Greece got control of the operations and swept the next three (25-21, 27-25, and 25-18) to celebrate their second victory in Kecskemét. Georgios Tzioumakas – who is the tallest player included in Greece’s roster standing at 202 cm – topped the charts with 33 points while Croatia’s team captain Filip Sestan registered the same haul but could not avoid the defeat of his side.

One day after losing a real thriller to Greece, the home guys of Hungary played Denmark; they started out strong claiming the opening set (25-19) before losing the next after a very close final run (23-25). Denmark stormed out to a terrific 7:0 in set 3 to impose its quality and go up 2:1 (25-22) before Hungary surged back in the fourth (25-19) to call for the tie-break. Norbert Gebhardt played superbly there for the home side and he paved the way for the 15-10 whereby his side got its second win in the tournament. Krisztian Padar and Norbert Gebhardt top scored for Hungary with 23 and 22 points respectively while Mads Molgaard charted 31 for Denmark that nevertheless remains at the bottom of the standings with three defeats.

In the last match of the day Belgium prolonged its winning streak to three matches but finally did also concede one set to their opponents from Finland (23-25, 25-23, 25-19, and 25-19). After losing a close first set, Belgium responded well by drawing level and then imposed its tempo to finish it off with a 3:1 win. In what was a good performance for the complete group, Lowie Stuer, Gilles Vandecaveye, Robbe Vandeweyer and Arno Van de Velde all finished the game in double digits. Finland’s team captain Sakari Mäkinen top scored in the game with 16 points.