Poland looks like the dominant force there after scoring on Saturday a third consecutive win, edging the Netherlands in straight sets to keep the top of the standings with an immaculate record and no sets lost. 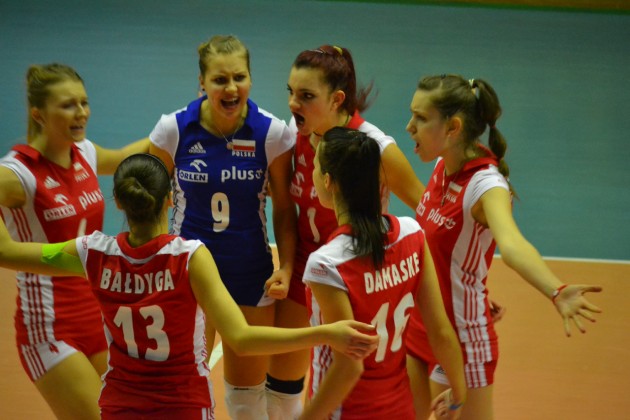 Poland and the Netherlands were the sole teams with two wins after two days and therefore the outcome of their clash was going to determine the side standing atop of the charts in the group. After a close first set, Poland sped up the operations while the “Oranjes” were not able to stand that quality and consistency, rapidly losing the game in straight sets. Malwina Smarzek paced Poland with 20 points. “We felt some pressure before this game as we knew it was extremely important for us. However, we could make it through and I am evidently happy with the result” said Smarzek.

The Netherlands eventually lost also the second place of the standings since the hosts of Ukraine scored on Saturday their second win doing so by beating Latvia with the score of 3:1. After losing the first set (22-25), the local heroines pulled together and they eventually swept the next three (25-20, 25-12, and 25-11) to celebrate a well-deserved 3:1 win.

In the other match of the day Austria also scored its second win in the competition by easily routing England in three straight sets (25-12, 25-17, and 25-10).