It is official: Zhu Ting, the captain of China Women’s Volleyball National Team, will join Tianjin in the new season. 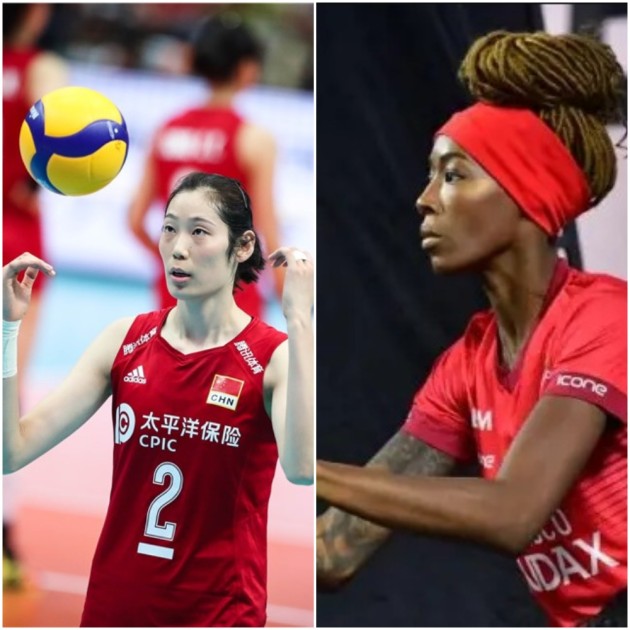 “Next stop, Tianjin,” the MVP of the FIVB World Cup, that has just ended, posted.

Zhu’s whereabouts after parting ways with the Turkish powerhouse VakıfBank at the end of the last season attracted a lot of attention by media and fans. There was no doubt that the outside hitter will return to her home country but the name of the team in which she will play remained mystery up until recently. Tianjin, sponsored by the China Bohai Bank, also officially announced Zhu’s joining, saying that she will participate in the 2019/20 Chinese Super League and the 2019 FIVB Club World Championship with the club.

But, Tianjin’s fans got one more great news. A former U.S. National Team member Destinee Hooker also signed with the team from Northern China. Just like Zhu Ting, the opposite hitter also confirmed the transfer to Tianjin on social media.

“China here I come! I am looking forward to playing this season with China Bohai Bank Women’s Volleyball Team of Tianjin,” Hooker, who was wanted by the three teams in China, wrote.

Thus, Hooker will continue where she stopped in 2015. In the summer that year, she already penned the deal with this team but canceled the deal due to pregnancy. Last season, she competed with Osasco Voleibol Clube/Audax, Brazil.

For those who did not know, Tianjin is the most-titled Women’s side in China (11). Their last national title came in the 2017/18 season.

That would make the team very loaded since there are already 3 national team members on the team before even adding Zhu Ting and Ms. Hooker. I will be watching this Chinese league for sure.