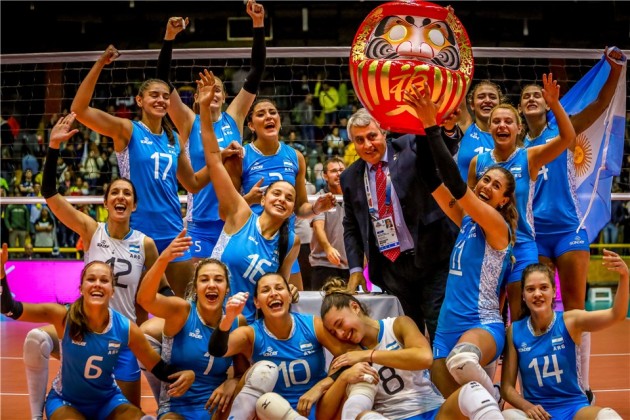 Through a statement signed by almost 200 volleyball players, the female Argentine volleyball players asked for the professionalization of women’s volleyball and the improvement of sports conditions in which the differences with male players are visible and created as something natural. Among these players that support the initiative is former multi-champion with Boca Juniors and current female representative of Argentine Volleyball Players Association (JuAVA) Natalia Espinosa, female national team captain Julieta Lazcano, and many more.

“Our discipline is very popular in Argentina. It’s the most practiced sport in schools and clubs throughout the country. There are double more female players (20,520) than men (10,146) who play throughout the country, according to official data of the Argentine Federation. However, female volleyball has always occupied a marginal place in the organization of clubs, national leagues, and specialized sports media. It’s far from our intention to confront, we don’t want to go against clubs or federations. What we are looking for are equal sporting rights between men and women, shortening the existing distances between genders in volleyball, transforming, valuing and making visible women’s volleyball all over the country,” it’s explained in the abovementioned statement.

Most recently, the Argentina Women’s Volleyball National Team got the qualification to the last two World Championships, the 2016 Rio Olympics and 2020 Tokyo Olympics, and they won the bronze medal in the 2019 Pan American Games.

As for the competition of clubs in the country, the Argentine Women’s League – which has just begun – is organized by the country’s federation (FeVA) and lasts only 3 months, against the 8 months of the men’s league managed by the Argentine Club Association (ACLAV) since 2003, with television rights and an agreement with the Cuban Federation to bring in its players.

This isn’t the only problem in Argentinean volleyball at the moment, as both male and female players are fighting for various rights with the country’s federation.

ITA M: Lube without Leal in coming period, unknown for how long