Russia’s Omichka OMSK REGION claimed on Tuesday the first game with Romania’s 2004 Tomis CONSTANTA scheduled for the Challenge Round of the 2013 CEV Volleyball Cup by scoring a 3:1 away win on the shores of the Black Sea. This and other volleyball news read on Worldofvolley.com. 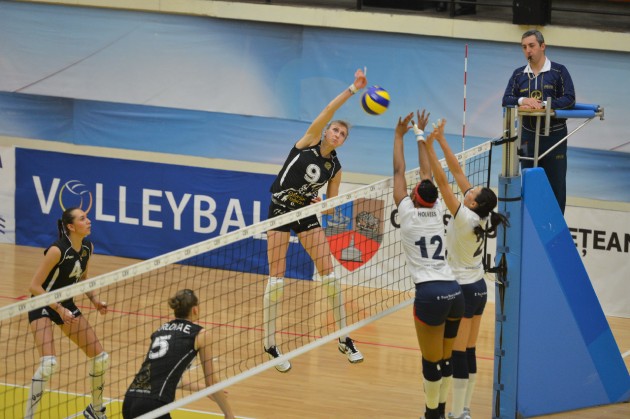 That clash was quite interesting since two Serbian coaches – Darko Zakoc of Tomis and Zoran Terzic who is mentoring Omichka – were crossing their ways. As they know each other pretty well – they have been working with Serbia’s national team and with some clubs in Romania – some additional flavor was contributed to this game.

After a very close start, Omichka went up (8:4) by the first technical time-out of the opening set; they gradually widened their lead (16:11) as Tomis block did not work that well and the attacks killed by the Russian ladies did systematically turn into an additional point for the likes of their side. However, anchored by a good performance from the serving line that included also four aces, the home heroines fought their way back drawing level at 19 all; even though Omichka libero Victoria Kuzyakina got injured, the guests stayed focused and showing great determination could bring it home at 25-23.

Tomis quickly trailed 3:8 in the second set probably shocked by this failed comeback and Omichka played with great confidence, going up by 7 points at the second technical time-out. The hosts did miss consistency and quality, especially in their offensive play, and Omichka quickly cruised to the provisional 2:0 (25-18).

Omichka set the tone of the game also in the early phases of the third set (8:5) but Tomis clawed back to tie the score at 13 all. As Omichka lost momentum for the first time since the start of the game, Tomis went to the front (16:13) and in spite of a comeback performed by their opponents from Siberia, this time the hosts could stand that resistance and win the set at 26-24.

The plot did not change in the fourth set with Omichka comfortably leading the way (8:3) once more and looking determined to avoid the risks associated with an eventual tie-break (16:11). This time Tomis did not have any energy left to storm back and Omichka pocketed that well-deserved win with a massive 25-13 to seal the final 3:1.

“It is always difficult to play against teams coached by my colleague and friend Darko, but I think that the result speaks for itself” said Zoran Terzic after the game. “It will be very difficult to turn things around next week in Omsk but still we shall not forget that everything is possible in sport” stated Zakoc.

Best players of the game were Natalya Mammadova (she scored 40 points all alone!) and Nelli Alisheva for Omichka, while Claudia Gavrilescu stood out for the home side.