Turkey’s Ilbank Sports Club ANKARA edged on Tuesday Universal MODENA of Italy in the first round scheduled for the 1/8 finals of the 2013 CEV Volleyball Challenge Cup – Women doing so with the score of 3:1. This and other volleyball news read on Worldofvolley.com. 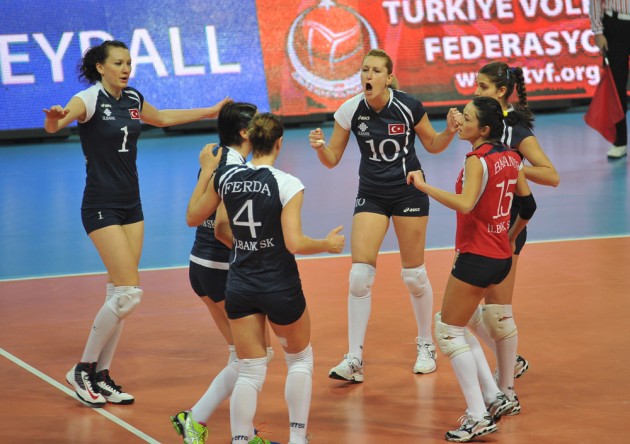 Ilbank caught a good start while MODENA made quite many mistakes in the early phases of the match (8:4, 16:9); even though MODENA tried to close the gap, Ilbank was able to keep control of the operations and eventually seized the opening set at 25-18.
The score was very tight in the second set (8:7) but Ilbank claimed a margin of four up to five points after the first mandatory stop (13:9, 16:11) never looking back and going for a speedy 25-14 and the provisional 2:0.

In the third set the guests from Italy showed their skills and stood out especially with some good blocks. MODENA stormed out to a provisional 8:3 lead and even though Ilbank tried to claw back, the Italians did never lose control of the game and could call for a fourth set (16:14, 25-21).

After another close start (8:7), Ilbank gradually asserted its dominance in set 4 with their setter Alica Szekelyova performing very well from the serving line. Ilbank moved up 16:9 and eventually celebrated a well-deserved 3:1 win waiting for the return match coming up next week in Italy.