L’Équipe brought exclusive information, claiming that the France Men’s Volleyball National Team head coach Laurent Tillie has made a decision to leave the post after the 2020 Tokyo Olympic Games to go to Japan where a long-term contract with the Panasonic Panthers awaits him. 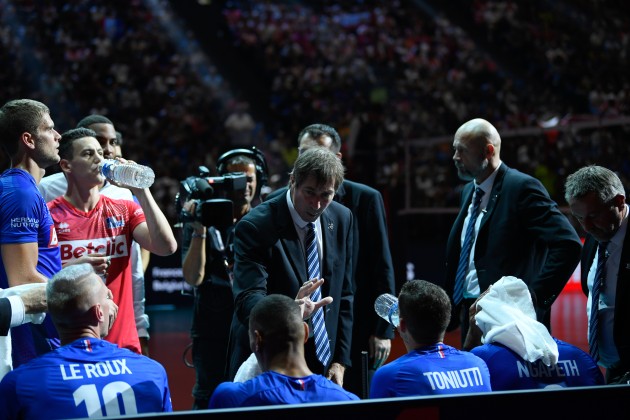 L’Équipe learned that Tillie won’t be the head coach of the France National Team after the Tokyo Olympics regardless of the result of the “Les Bleus” in the event that will take place from July 24 to August 9.

The expert allegedly started to think about this decision for the first time at the end of the 2019 CEV EuroVolley in France which his team finished in a disappointing fourth place. Tillie received a financial offer that was difficult to refuse – at least three years with one of the major clubs in the Japanese Championship. The Panasonic Panthers, who have just lost the playoff final to the JTEKT Stings, were looking for a renowned foreign head coach to succeed the Brazilian-French Maurício Paes, who came to the helm of the club in 2016.

During his mandate in the France National Team (since 2012), Tillie brought five medals, including the first gold medal in the history of the country’s volleyball, at the 2015 CEV EuroVolley, and the two gold medals in the FIVB World League (2015 and 2017).

CL M: Zaksa vs. Kuzbass will be played behind closed doors