USA W: McClendon – “Racism is something I’ve had to deal with constantly while playing volleyball” 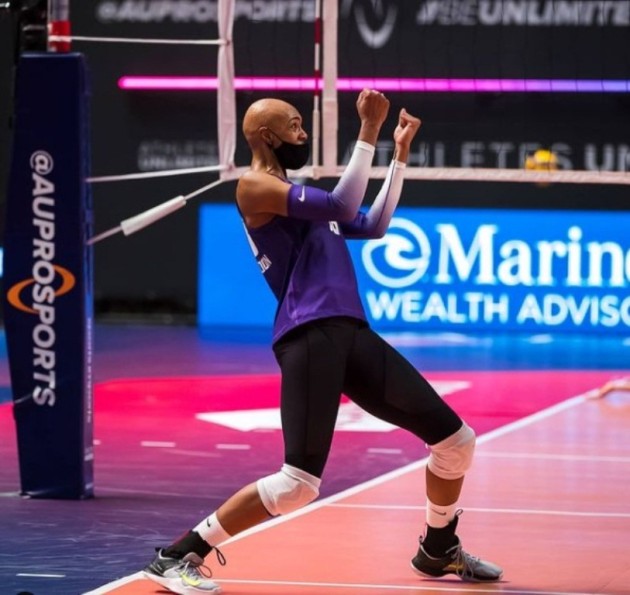 Even though volleyball is considered as a sport with fans, either those who watch matches in the hall or via TV and online, that are far from temperamental and rude, it failed to move away from the problem of racism and thus joined practically all other sports in regard to this matter.

On the eve of the launch of the revolutionary US Women’s Pro Volleyball League, played under the name Athletes Unlimited Volleyball, which was less than a week ago, one of the players that take part in it drew attention to the problem of racism in volleyball. In an interview for ESPN-owned sports and pop culture website The Undefeated, Deja McClendon shared her experiences with racism, veiled or explicit, during her career. A 28-year-old outside hitter took a stand against this issue by giving a strong, bold, and very direct interview on this topic. Such a stand deserves applause, especially with the increase in hate crimes in the daily life of society we live in, in general.

Playing abroad, McClendon had to accept the fact that people stared at her as it was odd to them to see a tall black woman. Glances became even more frequent since 2018 when she decided to shave her head after a longtime struggle with alopecia. She had one of the most uncomfortable experiences of her career in 2019 when a viewer of an online broadcast of her game as a member of Brazil’s Itambé/Minas (competing in a national championship which is very strong and on whose matches you can bet in some of the online casinos that accept Payeer at TopCasinoExpert.com) posted a comment “Minas, sub the bald monkey off.”  However, that is not all of the racial insults McClendon, a two-time NCAA champion with the Penn State Nittany Lions, had.

“There’s an incident that occurred early in my professional volleyball career while I was in Poland that really stands out. I was one of two Black players on the team and the coach, whenever he had a request, would refer to us as ‘the chocolates.’ I don’t think he meant for those words to be derogatory, and I wouldn’t describe it as being shocking because it happens to Black athletes all the time. But since there were no other Black women on the team, he felt like it was an OK thing to say. It’s not,” she said in an interview.

“Unfortunately, racism is something I’ve had to deal with constantly while playing volleyball. From the time I started playing at a young age, I found there weren’t many people who looked like me. There were no girls of color on my middle school team, and even when I transitioned into club ball, which was more competitive and included a broader range of girls, there still weren’t very many girls of color. Of course, I stuck out – I’m Black, I’m tall – but that’s just how it is. With my love for the sport and my desire to be competitive, I just rolled with the punches,” McClendon added.

She stressed that she stopped rolling with the punches from the moment that person in Brazil we mentioned threw derogatory comments of her. She pressed legal charges against the guy.

Mc Clendon is currently competing, as we said, in the Athletes Unlimited Volleyball. She’s drafted for Team De la Cruz for Week 2. In Week 1, she wore the jersey of Team Sybeldon and collected 477 points overall, which put her in 18th place on the leaderboard. We remind you that the no.1 ranked player at the end of the competition will become the champion.

INTERVIEW: Sanja Gamma – “Can’t wait for the EuroVolley in Zadar“