Week 2 of the 2021 US Women’s pro volleyball league started with wins of Team De La Cruz and Team Larson. 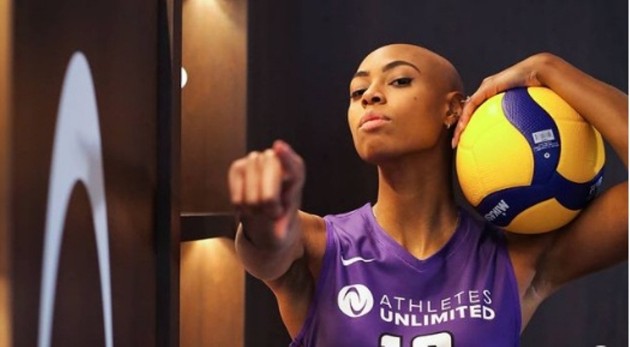 Even though she excelled in the first match of Week 2 of the 2021 Women’s Athletes Unlimited Volleyball, Karsta Lowe couldn’t help the team in which she serves as a captain, Team Lowe (Orange), achieve victory over Team De La Cruz (Purple). She made 23 kills on 44 attempts and added 15 digs for 75 stat points. Lowe collected 335 overall points and was named MVP 1. She remained 2nd on the leaderboard with 1,210 points.

Her captain and MVP 2 Jordan Larson actually had the most total points – 302. She remained the leader on the leaderboard with 1,323 total points. The third MVP award went into the hands of Molly McCage from Team Edmond. She made an error-free attacking display of 10 kills on 14 attempts (71.4 %), snatching the MVP 3 honors in front of the Team Larson setter Samantha Seliger-Swenson, who had as many as 41 assists and 223 points in total.