SLO M: Champion will be decided in the fifth game

After two defeats and a 0-2 in the series, Merkur Maribor first reduced to 1-2 at home soil, and on Friday in Ljubljana they defeated ACH Volley for the second time. With this victory Maribor secured fifth, decisive game of the playoff finals. The finals will end on Sunday in Maribor. 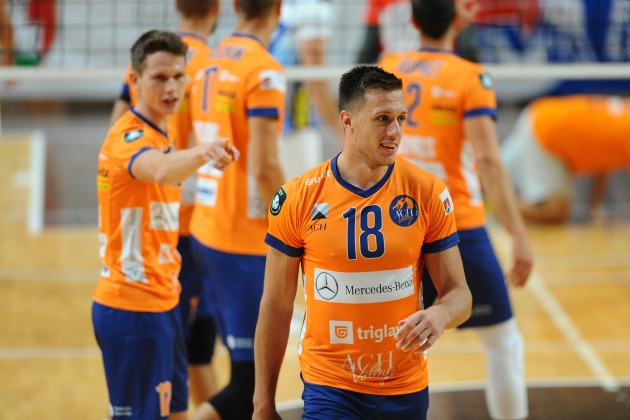 Six of the seven clashes this season between ACH Volley Ljubljana and Merkur Maribor ended after four sets. First two final matches were won by ACH Volley Ljubljana 3-1, and the third by Merkur Maribor 3-2, which needed a victory in Ljubljana on Friday to stay in the race for the trophy. Despite injuries and the absence of some players (Ahmed Ikhbayri, Alen Košenina), the fighting team from Maribor did not gave up, they returned to the game several times and finally managed to win and secure the fifth clash at home.

Fiifth game of the grand final for the 2020/21 season will be on Sunday in Maribor. Then it will be decided whether Merkur Maribor will lift the trophy of national champions for the third time in history or ACH Volley Ljubljana for the 18th time.

The girl who sets the ball to...