The University of Hawai’i at Mānoa swept Brigham Young University in the final of the 2021 NCAA National Collegiate Men’s Volleyball Championship and won their first-ever title. 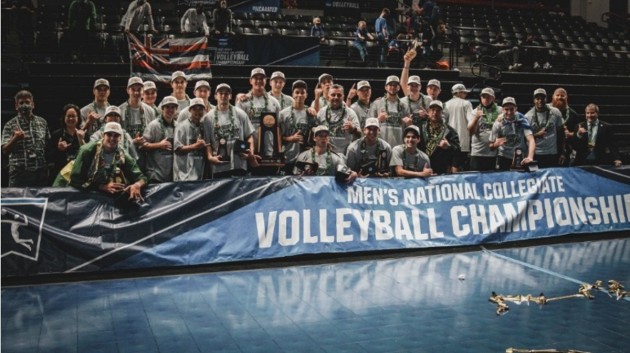 It was a duel of the 2 best teams in the championship, in which the top-seed prevailed over no.2 mostly thanks to the senior opposite hitter, Bulgarian Radoslav Parapunov, who made 13 kills and 3 aces and earned tournament MVP honors. The sophomore setter from Norway, Jakob Thelle, led the Rainbow Warriors with 36 assists, adding 4 aces to his performance. As for the Cougars, Puerto Rican senior opposite hitter Gabriel García Fernández made 12 kills and 4 blocks.

Hawai’i won the championship in their 4th title match appearance, bringing home the university’s first NCAA team title, counting all sports, since 1987. As for BYU, this was their 4th final in the last 8 years and they lost all in straight sets.