Castillo, Hooker and Lloyd to finals of Globe Awards organized by Volleyball.it

Dominican Brenda Castillo and Americans Destinee Hooker and Carli Lloyd advanced to the final phase of the 2012 Globe Awards. You can read all relevant news from volleyball world on Worldofvolley.com. 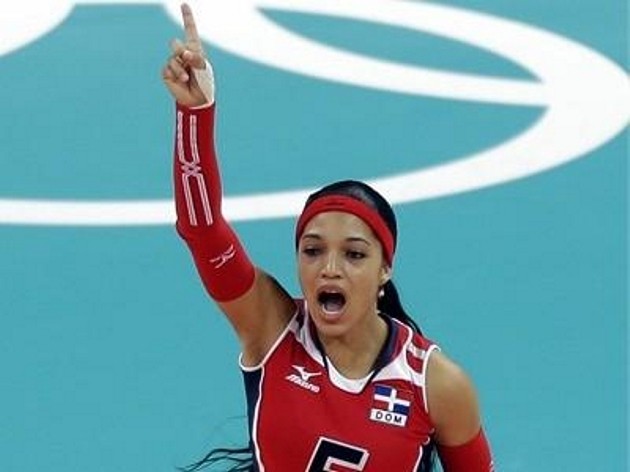 Castillo, the best libero of the London Olympic Games women’s tournament, overcame Brazilian Fabi De Oliveira with a 55 percent of fan support to 45 in favor of the South American player. Castillo received 372 votes to 308 for De Oliveira.

In the next round, Castillo will go against Italian Enrica Merlo who won over compatriot Paola Croce 60-40 (274 to 185).

Hooker will be paired against Brazilian Sheilla Castro who defeated Russian Ekaterina Gamova 69-31 (364 to 163) while Lloyd will go against Thailand’s Nootsara Tomkom who won 60-40 (578 to 387) over Brazilian Fabiola Souza.

The spikers competing in the final round of voting will be Korean Kim Yeon Koung and Brazilian Jaqueline Carvalho who both won 65-35 over Italians Carolina Costagrande (389 to 209) and Lucia Bosetti (364 to 193) respectively.

The battle for the votes among the middle blockers will be between Brazilian Thaisa Menezes and Italian Valentina Arrighetti. Menezes won 68-32 (358 to 170) against French Christina Bauer while Arrighetti won 72-28 (857 to 327) over Brazilian Fabiana Claudino.

Volleyball Globe on the net is a volleyball prize ,organized by Volleyball.it ,yearly awarded to players who stood out more in the last calendar year, playing in a club of any national championship in the world, and with their national team.