After four months of world-class Volleyball, the 2013 CEV Volleyball Champions League is about to enter its last stage. Upon completion of the Playoffs 6, the teams that will compete in the final four tournaments are known and everything is set for two unforgettable Volleyball weekends in Istanbul and Omsk. Read latest volleyball news on Worldofvolley.com. 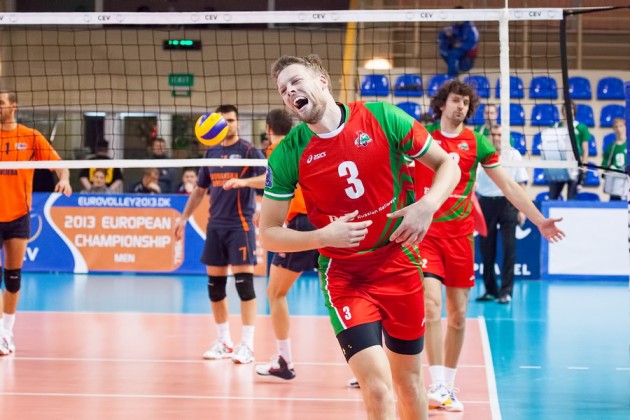 The women will be fighting for glory this coming March 9-10 in Turkey’s megalopolis where the hosts of Galatasaray Daikin – a real rookie in the competition – will be trying to stop the run of Vakifbank in a much anticipated derby. The other semifinal will see the most cosmopolite side in action – Azerbaijan’s Rabita BAKU – play another debutant in Europe’s most elitist competition, Italy’s Unendo Yamamay BUSTO ARSIZIO, winner of the 2010 and 2012 CEV Volleyball Cup.

With Vakifbank having seized the day two years ago by edging Rabita in the final match, it looks like these teams may have a real shot at the trophy but still the two rookies who last year had played each other in the CEV Cup finals will be more than motivated to cause a major sensation at Burhan Felek Volleyball Hall.

Unendo Yamamay and Rabita will open the program of the semis at 2 pm (local time) with the much awaited clash starring Vakifbank and Galatasaray following at 5 pm. The bronze and gold medal matches will then follow on Sunday, March 10, once more at 2 and 5 pm.

The men’s final will take place a week later in Omsk, with hosts Lokomotiv NOVOSIBIRSK, similarly to Galatasaray, going for an all-Russian derby against the 2008 and 2012 winners of Zenit KAZAN. Though they did not have it easy at all in the Playoffs 12 while playing BERLIN Recycling Volleys of Germany, the Tatars left their mark on the Playoffs 6 with a couple of 3:0 wins over their compatriots of Dinamo MOSCOW and the group mentored by Vladimir Alekno – that includes quite a few Olympic champions from London 2012 – will be trying to claim back-to-back crowns there in Siberia.

The second semifinal match will see Italy’s Bre Banca Lannutti CUNEO celebrate – after many failed attempts – their first appearance in the final four and play Poland’s Zaksa KEDZIERZYN-KOZLE, a club that has made it to the last stage for the first time in 10 years. After a real drama in the Playoffs 6 where they could compensate for an away defeat by edging Lube Banca Marche MACERATA at the tie-break and claiming the golden set, the players marshaled by legendary setter Nikola Grbic will be trying to add to the showcase of their glorious club the only trophy that is still missing in that unique collection.

Zenit KAZAN and Lokomotiv NOVOSIBIRSK will open the actions by playing the first semi on Saturday, March 16, at 4:30 pm while CUNEO and Zaksa will then follow at 7:30 pm (local time). The starting times of the bronze and gold medal matches are also confirmed (5:30 and 8:30 pm respectively) for the first final four tournament taking place in Siberia, some 2,300 km from Moscow!

The winners of the 2013 CEV Volleyball Champions League will be representing Europe at the 2013 FIVB Club World Championships that are scheduled for May 12-19 (venue to be determined).