After taking the US women’s team to a medal victory at the London Olympic Games, Hugh McCutcheon announced his decision to leave US Volleyball to coach the University of Minnesota’s women’s volleyball team. This and other volleyball news read on Worldofvolley.com. 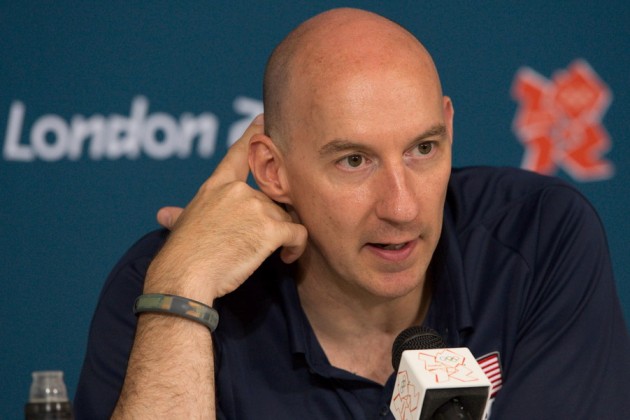 FIVB.org recently had an opportunity to sit down with him and find out all about this move and his views on the current coach of the US women’s team, Karch Kiraly.

“I’ve been asked many times about what motivated me to make the move from international to collegiate volleyball.

After the Beijing Olympics there was a strong sense of closure to my journey with the US men’s team as we’d achieved every goal we had set for ourselves. I had been with the team for seven years, assisting them in Athens and then coaching them in Beijing. I was interested in a new challenge and wanted to see what would happen if we took some of the coaching principles that we’d used with the men and applied them to the women’s team. It was a bit of risk but it was an amazing journey.

After the London Olympics the move to collegiate volleyball seemed natural. The number of men playing college volleyball in the U.S. is very small unlike the number of female athletes, which is much greater.  If we were going to build a model of sustainable success it was going to be with the women. I was interested in investing in a process that had a 20 year vision instead of the shorter four year cycles that we seem to have been working in previously.

I feel fortunate that Karch Karily was interested in taking over the US women’s team after me. As a player Karch was so good at reading the game and he was great at making his team mates better. Having had the opportunity to work with him, I now feel qualified to vouch for him as a coach and as a man. I know that he’ll lead the team well and I’m very happy he agreed to take on the job and continue the work we been doing. Having Karch as coach means that the team will have some continuation of the philosophy that has been in place for the past four years.

It has only been five months since I left international volleyball to take up my new post with the Gophers at the University of Minnesota. I’m not sure if I’m far enough away from the Olympic experience to reflect on what it means. But I can say that, having been on both sides of the Olympic final, I don’t have any immediate regrets. At the London Olympics, we did everything we could to win. At some point that has to be enough.

Will I go back to coaching international sport? I don’t know – you can never say never. I think I left at a time when things could get interesting. Having more teams in the World Grand Prix, for example, is great for more countries to have chances to play, especially at the start of a new quadrennial when everyone is laying the foundation for the next Olympics. Also being able to separate the teams by ranking ensures a higher level of competition, and I think it is important to keep the quality of competition as high as possible.

I have strong positive feelings about the international volleyball and I may decide to return to it. But for now my decision to get into college coaching seems good and it’s proving beneficial for my family and my work-life balance”.