Bethania De la Cruz, the top scorer and best server of the 2011 FIVB World Cup, has been named the new captain of the Dominican Republic women’s national team. This and other volleyball news read on Worldofvolley.com. 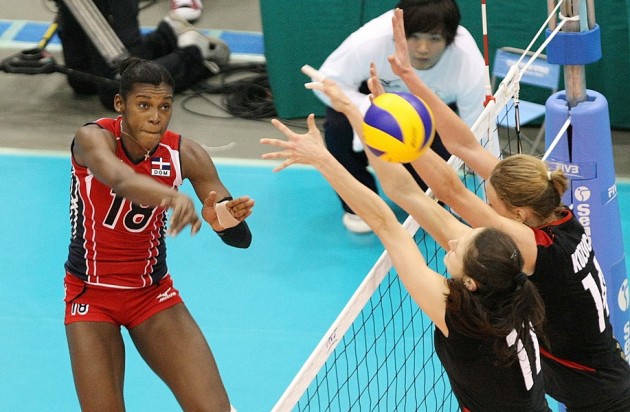 Marcos Kwiek, the Brazilian coach of the team, informed the news at the end of a practice session of the training team at the Santo Domingo volleyball complex.

De la Cruz, who turns 26 next May, replaces FIVB Hero Milagros Cabral, the veteran who retired after the 2012 Olympic Games and now works as sport director of the National District of Santo Domingo for the Recreation and Sport Ministry of the Dominican Republic.

“I am very pleased to announce that Bethania De la Cruz is the new captain of our team,” Kwiek said. “She has all the qualities to assume the role as captain and continue to be our top offensive force.”

De la Cruz, currently playing in the V Premier Korean League with GS Caltex, is the only player in history to twice surpass the 50-point plateau in a single game. She did it for Denso Airybees of the Japanese League in the season 2011-2012, recording 51 and 54 points.

During the 2011 FIVB World Cup, she scored a tournament-record 42 points in a five-set victory of Dominican Republic over Germany.

“It is quite an honour and I will do my best to fulfill my new role with the team,” De la Cruz said from Seoul. “I have always gotten along very well with my teammates and I feel very proud about the confidence deposited in me.”

OUCH! When you spike and hit your...