Dominican Republic’s Lisvel Eve is undergoing surgery in Peru after a serious injury during a match a few hours ago in the Peruvian League. The 21 year old suffered an exposed fracture of her tibia. Read the latest news from volleyball world on worldofvolley.com. 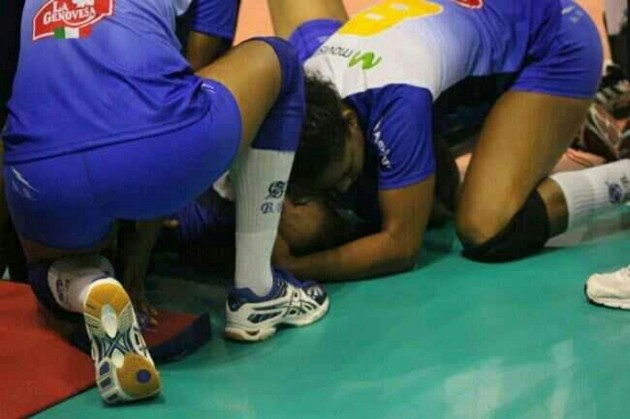 Lisvel’s last major international competition was at the 2012 London Olympics where the Dominican squad finished 5th.

In September 2012, Eve led the young Dominican team to win the gold medal at the first 2012 U23 Pan-American Cup in Peru.