Tunisia captured their third consecutive African title and the ninth in total after defeating their arch rivals, Egypt 3-1 in the final of the 2013 Men's Junior African Nations Championship held at Sidi Boussaid hall in Tunis, Tunisia on Saturday. 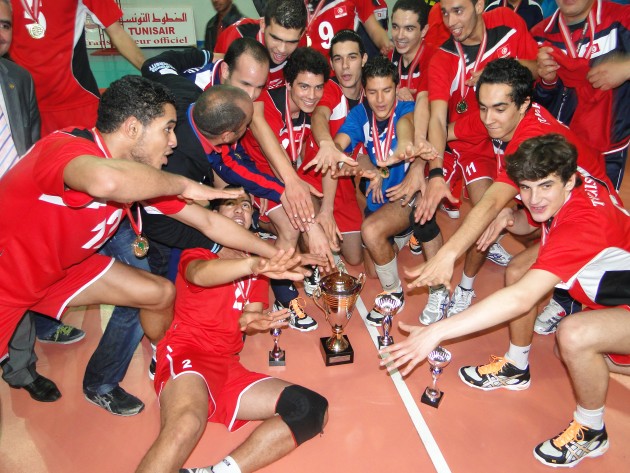 Rwanda earned their best ever ranking and won the bronze medal after beating Morocco 3-0 (27-25, 27-25, 25-21) in the bronze medal match. The best finish for the Rwandans before was fourth in the last competition in Libya, 2010.

After the match the Control Committee led by Touria Aarab with Kalala, Hassan Ahmed and Howyda Mondy gave the cup to the winners accompanied with the Local Organizing Committee President Munir Benslimane and the representative of the Ministry of Youth.

Tunisia, Egypt, Rwanda and Morocco had already secured the four African vacancies at the FIVB World Championship to be held in Turkey by reaching the semifinals.

Read more volleyball news from all around the world here.

NORCECA W: Dominican Republic and Baja U-20 to play for gold