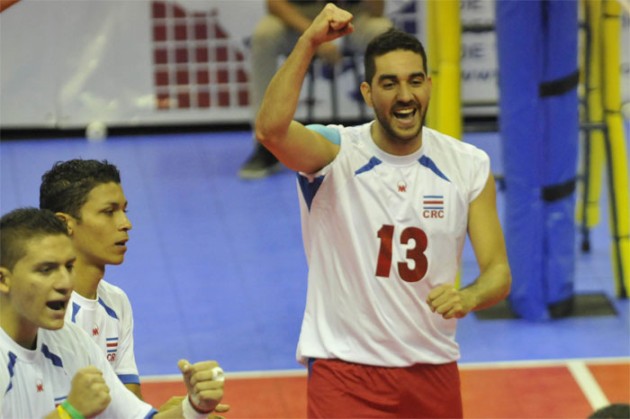 In the men’s semifinal round on Friday, defending champions Panama take on Costa Rica while Guatemala meets Honduras.

Hosts Costa Rica reached the men’s volleyball semifinal defeating Nicaragua on Thursday 3-0 (25-20, 25-18, 25-23). The Costa Ricans built an advantage of 10-4 in the blocking category to neutralize Nicaraguan’s attacks. Richard Smith and Jose Zumbado totalized 16 and 12 points for Costa Rica. On the Nicaraguan side, David Mayorga with 14 points and Tito Valdivia with 11 were the best.

Smith, captain of Costa Rica said their experience was the main factor against Nicaragua. “We played too relaxed but the result was positive. About tomorrow’s match, personally I have a mark of 2-2 against Panama so I think anyone can win.”

Guatemala grabbed the last spot in the men’s semifinals by defeating El Salvador 3-0 (25-11, 25-17, 28-26). The Salvadorans dominated the actions in the third set but Guatemala knew how to recover and win. Andy Leonardo registered 13 points as Guatemala’s top scorer while Jeyson Nery and Moises Reyes each contributed 12 points. Rodrigo Chavez scored 16 for El Salvador.

Aldo Arias admitted that Guatemala has been playing too self-confident “this showed in the third set when El Salvador pushed stronger”.