In the last match on schedule Germany cruised past the hosts of Bulgaria in straight sets to finish second in the group on the 2013 FIVB Volleyball Men's U21 World Championship - European Qualification tournament. 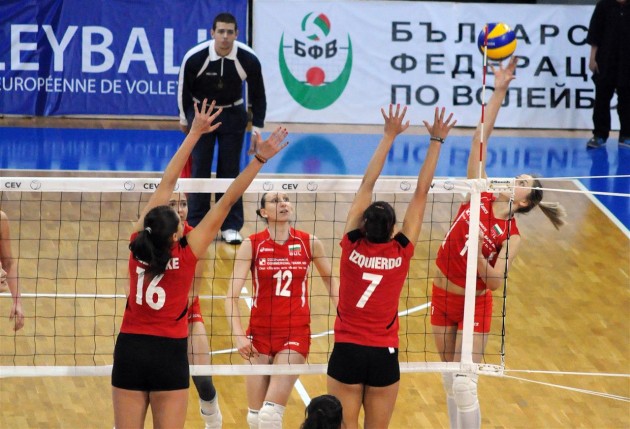 Germany and Bulgaria played for second place in the group, something they definitely had not reckoned with before the start of the tournament. Germany was able to catch the better start (8:6) and gradually increased their lead up to 7 points showing good attacks and excellent serving. After trailing 9:16 at the second technical time-out, Bulgaria came back to the court very motivated to change the course of the game but Germany did not agree with that scenario and rapidly cruised to the provisional 1:0 in sets (25-15).

After a very close start with Bulgaria up by the narrowest margin at the first technical time-out, Germany got back control of the game (16:12) before Bulgaria stormed back to cut the gap to a minimum, doing so twice (17:16 and 20:19). The teams made many mistakes in the deciding final rush but Germany could show some more composure to go for the 2:0 (25-23).

Though the players found it difficult to find the right motivation for the last game of the tournament – with the ticket to the Worlds already gone to Estonia – Germany’s offense line kept on scoring (8:6) and gradually widened the lead (13:8). By the second technical time-out Germany still had a margin of four but Bulgaria could fire back and level the score at 17 all. Still that was the last rush for the home side as Germany found back their best play (23:18) and finished the game in straight sets (25-20) to settle for second place in the final standing of the group.

BRA M: Giba announced he intends to retire in 2015