As they were debuting in this age group, the members of the U19 team of Tomis CONSTANTA could add another piece to the history of their glorious club. This season the senior team of Tomis had swept all domestic competitions and the U17 had also seized their respective national championship. Read latest volleyball news on Worldofvolley.com. 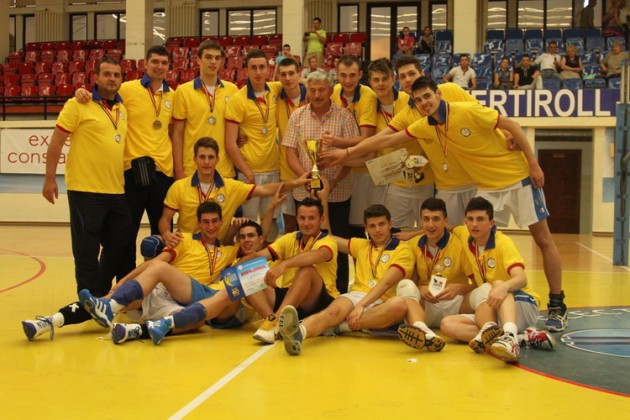 The U19 did not show less quality and potential and they also finished atop of the standings of their league as the finals came to a close on Wednesday, May 22, in Constanta.

The Volleyball wonder-kid of Constanta, Adrian Aciobanitei – who is not yet 16 – after being awarded MVP of the final tournament of the U17 national championship held in Dej some weeks ago got the same honor in Constanta as well while competing in the U19 age group. Aciobanitei was also the best scorer of the finals while Alexandru Muscina was voted best setter of the event.

Muscina, Vologa, Petcu, Gavriz, Camui and Aciobanitei could claim their second title of the year as they were all part of the winning team also in the U17 division.

“It feels great to win the title at home especially after battling with some teams who played their best to edge us” head coach Razvan Parpala adds. “With this title you can get to feel the work that is being performed in Constanta and that the same attention and efforts are devoted to all different age groups”.

Tomis will try to complete its sweep by adding to the count the titles in the U15 and U13 divisions whose finals are scheduled for May 22-26 and May 30-June 1 in Bucuresti to become the national champions in all age groups.