Slovenia is hoping to snatch first place in the first-round qualification tournament for the 2014 FIVB Men's Volleyball World Championship that is set to run through this weekend in Ljubljana. Slovenia will be playing against Hungary, Israel and Moldova. 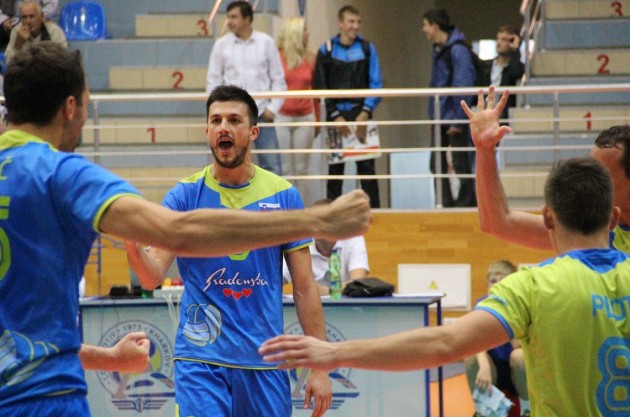 Though he started working with his players this past May 3 Slovenia‘s head coach Luka Slabe is not totally satisfied with the status of the preparations and would have preferred to have more time to spend with the group. He nevertheless praises his guys for their hard work and diligence. “Some things aren’t working yet the way we wish but we will be giving our best in the upcoming matches” he says.

Hungary‘s mentor György Demeter draws the attention to the fact that his side is composed of young players who have been together for only three weeks. “Since the team is very young and needs to gather experience, our primary goal is to make sure these youngsters can learn as much as possible via this tournament.“

Though Slovenia stands out as the clear-cut favourite in the group, the other teams are ready to exploit any opportunity made available to upset the plans of the local heroes. “In my eyes all teams are good and have got equal opportunities” Moldova‘s team manager Andrei Taran says.

Israel‘s head coach Zohar Bar Netzer expects his team to make it at least to the second round scheduled for next October. “We started our training three weeks ago and we haven’t peaked yet. However, we came to Slovenia quite early to play friendly matches and I believe we are now ready for this tournament.“

The tournament running at Stožice sports hall will start on Friday afternoon with Slovenia playing Israel with Moldova and Hungary following later in the evening for the second match of the day.