With completion of the third and last qualification round this past weekend, the last tickets available for making it to the 2013 CEV Volleyball European Championship were eventually booked by three teams per gender. This and other volleyball news read on Worldofvolley.com. 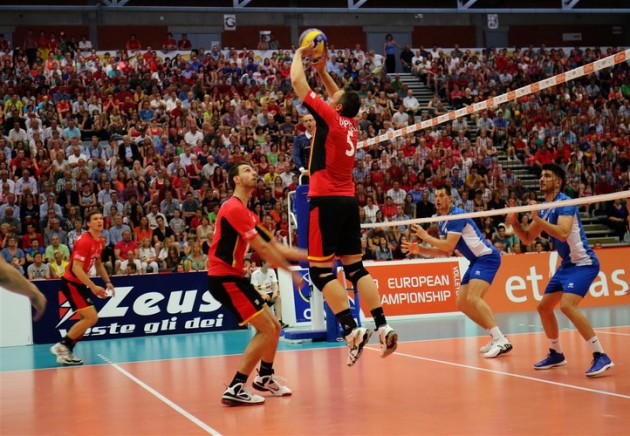 Slovenia, Belgium and Turkey qualified for the men’s final round slated for September 20-29 in Denmark and Poland while the Czech Republic, France and Belarus complete the line up for the women’s Championship scheduled for September 6-14 in Germany and Switzerland.

After winning away in straight sets, the Belgians needed a golden set to see off Greece before a sold-out house in Kortrijk. Belgium hence joins Pool A and will start their European campaign in Odense playing there Belarus, hosts Denmark and 2011 silver medalists Italy. Slovenia scored two relatively comfortable wins to cruise past Croatia and join Pool C in Herning that features also the likes of Serbia, Finland and the Netherlands. Similarly to Belgium, Turkey did also need a golden set to book their European ticket but eventually got the right to play in Pool B – set to take place in Gdansk – alongside Poland, France and Slovakia.

“It is nice to finally have the complete grid of the prelims. We look forward to welcoming Belgium and Slovenia to Denmark” says Mads Bang Aaen, Managing Director of the local Organizing Committee. “I would also like to congratulate Turkey for they also made it to the final round with a great performance against Latvia” he adds.

In the women’s competition the last three tickets to the European Championship were booked by France (after a golden set win over Ukraine), the Czech Republic (via two wins over Romania) and Belarus that also needed a dramatic golden set to resist to Slovakia’s comeback. France joins Pool B in Zurich to play hosts Switzerland, Italy and Belgium, while Belarus will travel to Dresden to test there the likes of Russia, Azerbaijan and Croatia. As for the Czechs, the winners of the 2012 CEV Volleyball European League will be playing in Schwerin and take there on 2011 European champions Serbia, Poland and Bulgaria.