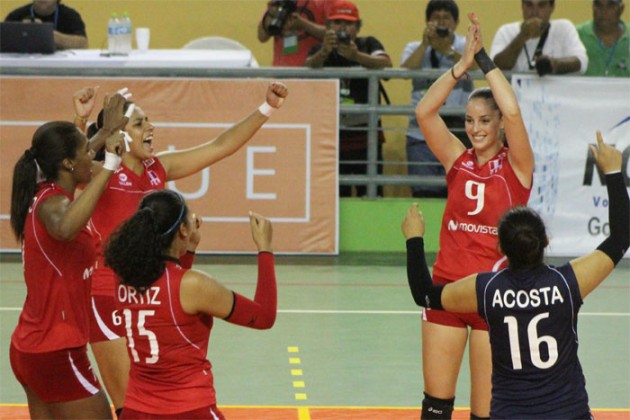 Karla Ortiz was the top scorer for the home team with 13 points followed by Patricia Soto and Raffaella Camet who finished with 10 points a piece.

Mirtha Uribe, the captain of Peru, was happy with the win but not entirely with the team’s performance.”It was a good game but could be better. We had prepared to face an easier Costa Rica but they made it difficult for us at the beginning of the first two sets. However, we were able to get those first five points and hope that the next games are better “.

Horacio Bastit, Coach of Costa Rica, said: “I am not satisfied, not because of the 3-0, because we knew it was very difficult to beat the Peru, but because we made many mistakes. I think the score had to be by a less margin. The setters were not at their level and that was important for Peru to get this result.”

To read more about this competition visit Pan American Cup 2013.