After 14 years as a Formula One driver and 13 victories, Scotland’s David Coulthard retired as an active racer. But that didn’t mean his many fans had seen the last of him – the former Williams and McLaren pilot remained as a consultant to Red Bull, as well as joining the BBC’s broadcast team and announcing a comeback with Mercedes’ DTM outfit. This and other volleyball news read on Worldofvolley.com. 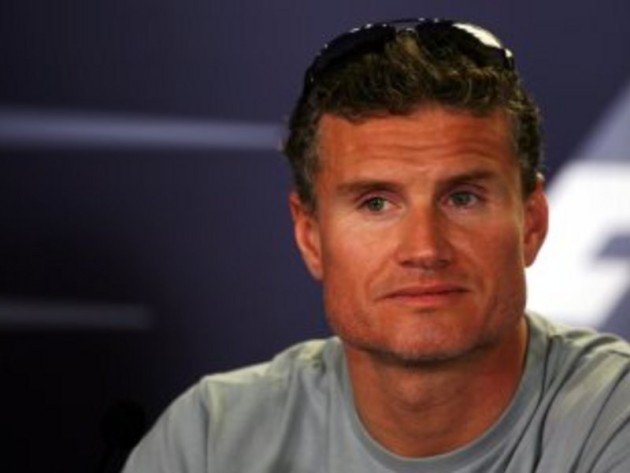 David Marshall Coulthard, usually known as DC, was born on March 27, 1971 in Dumfries, Scotland, to parents living in the tiny village of Twynholm, Kirkcudbrightshire. He attended local schools and his father ran the haulage company Haydon Coulthard, still going strong and now managed by his elder brother.

He has lived for some time in the principality of Monaco, and also owns homes in London, Belgium and Switzerland. He owns several luxury hotels in Britain and Monaco, including the Columbus, which is located in Monaco’s Fontvieille.

On 2 May 2000, while leasing the Learjet of friend David Murray, he was involved in a serious accident. The aeroplane developed engine trouble while en route to Cote d’Azur International Airport in Nice and crashed while attempting an emergency landing at Lyon-Satolas airport, France.

On August 7 2007, Coulthard released his autobiography, entitled It Is What It Is.

On June 2 2006, he had become engaged to Karen Minier, a Belgian Formula One correspondent for French TV channel TF1. The couple planned to marry “in the near future” and, on July 14 2008 in his ITV F1 column, Coulthard confirmed that he and Karen were expecting their first child, a boy, in December. The infant has since made a safe appearance on November 20 2008 – and was then named Dayton Minier Coulthard.

In April 2010, after keeping his hand in with two Race of Champions appearances and nearly winning the 2009 event, Coulthard announced that he would return to racing with Mercedes in the Deutsche Tourenwagen Masters (DTM) series.

Coulthard began karting at the age of 12, moving on to Formula Ford in 1989 when he was 18. In a recent autobiography he has spoken of struggling with the eating disorder bulimia during his teens. In that year he was also the inaugural winner of the McLaren Autosport Young Driver of the Year award.

In 1990 he broke his leg while racing at the Circuit de Spa-Francorchamps but came back the following year to win F3 races including the Macau Grand Prix. In 1992, he raced in Formula 3000 series, finishing ninth overall, and in 1993 he improved his performance to come third overall.

Coulthard spent the 2009 season as a BBC summariser, where his performance was generally well-received. He continued to do demonstration work for Red Bull around the world, as well as acting as reserve driver for the first few races of the season while youngster Brendon Hartley waited for his superlicence to come through.

A controversial incident in Mumbai, India, saw the authorities try to impose a large speeding fine after he took the Red Bull car across the Rajiv Gandhi Sea Link bridge. Seemingly missing the point of the demonstration by a country mile, they tried to impose the bridge’s standard speed limit of 62mph and reportedly confiscated the organisers’ security deposit when the car went faster.

Coulthard appeared in the 2009 Race of Champions and said that he was contemplating a return to racing in the form of sportscars. In April 2010 he made good on that promise with the announcement that he would be racing for Mercedes in the Deutsche Tourenwagen Masters (DTM) series.

Check out our Did you know? section, every Friday a new story! Tomorrow read about Player tips, part 7.