Clayton Stanley is considered one of the best ever men’s volleyball players in the United States. Probably the best opposite ever. Knowing it is the nation with eight gold medals at major international tournaments and 11 more at regional and continental tournaments, Stanley can be proud to be in the top. 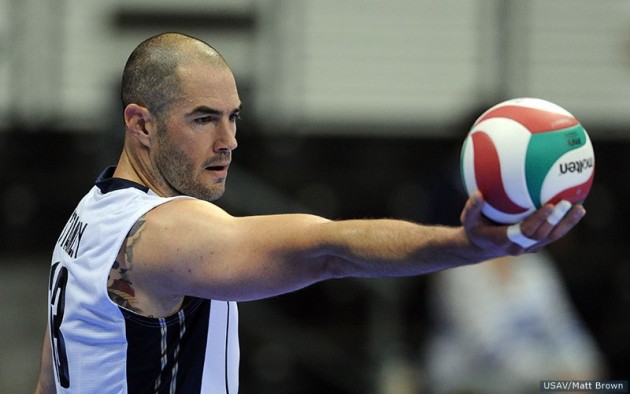 In an interview to sport.business-gazeta.ru, Stanley revealed what does he do for a living after finishing his professional volleyball career, which was marked with three MVP awards: in the 2003 NORCECA Championship, 2008 Olympics, and 2008 CEV Champions League.

„I get up early in the morning, do exercises and go to work. I help my relatives with their business to install floor coverings – from carpets to wooden floors. After work, I return home to my wife and two daughters. Nothing unusual. We live close enough to the ocean – on the island of Oahu. We were very lucky with this house,“ Stanley, who returned to live in Hawaii, which is the state where he was born, said.

„My stepfather – now he is divorced from my mother – was in Seattle working in the business related to the cleaning of carpets. Then he moved to Hawaii and continued to pursue his own business. Gradually, he switched from cleaning the floors to installing them. My sister also works in this company. I was not home for 17 years, so I thought that it would be nice to help the family. This is clearly better than going to the company where I do not know anyone,“ Stanley explained why did he choose to do his current job, but admitted that he does not enjoy it a lot:

„Not really. If there was an opportunity, I would play volleyball until I die. But my body made it clear that this will not work. Now it is very difficult for me to watch any volleyball match – I immediately want to go out on the court. It is very difficult to accept that I can not do what I previously did with ease. It’s just awful. When I signed a contract with Lokomotiv, I injured my knee, and the damage was serious. Now I can not jump. More precisely, I can make a regular jump, but not the one as required in volleyball. If I would jump as before, I would suffer a pain.“

Such a Bad ending for the hero of USA in Beijing who help to dethrone Brasil in the finals, he Lloy Ball, Giba or Gustavo didnt have a propper retirement party, Only Sergio Dutra who made his farewell in the Maracana Stadium, Giba deserves that to. so unfair.

Highlights of Kim Hill at WCH in...