Boris Becker — from the tennis court to the casino

We are coming back to refresh the after sports' career page. 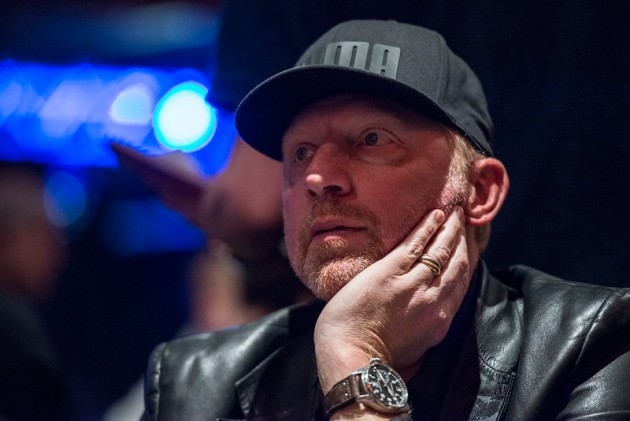 Boris at the poker table

He was the youngest Wimbledon men’s singles champion in history and a player who captivated the tennis world. But what happened to the German tennis ace once he hung up his tennis shoes and called game, set and match on his illustrious tennis career? Well, before we get to his love of poker and casinos, let’s take a quick look at his incredible career on the court.

The son of an architect, Becker started playing tennis competitively at the age of eight. He played out of his local tennis club, which his father just so happened to have designed and built. He was so good that he left school in the 10th grade and started to focus on his game.

In 1985, he went to Wimbledon as an unseeded qualifier and took the tournament by storm with his powerful serving style. In the final, he beat Kevin Curren in four sets and claimed his first Grand Slam title.

While many believed he was the real deal, no one expected him to really dominate the tennis scene for some years, but Boris had other ideas. Incredibly, he was back at Wimbledon the following year and again claimed the men singles title. He was a finalist in 1988, won it again in 1989, and was a finalist in 1990, 1991, and 1995.

During his outstanding career,  he also won the Australian Open on two occasions in 1991 and again in 1996. He also won the US Open in 1989. By the time he called time on his stellar career, Becker has won six Grand Slam titles. Overall he has 49 singles titles and 15 doubles titles which included an Olympic gold at the Barcelona games in 1992.

In 1999, at the young enough age of just 32, Becker called it quits and decided to take a complete break from the game and public life in general. After 14 years he probably felt like he deserved a rest. But as a highly competitive person, he got bored very easily and so started to spend more time on his poker game.

It should come as no surprise that Becker is a talented poker player. Tennis is a game that requires incredible self-discipline and the right state of mind to play at the top of your game for long periods of time. In fact, the mental aspect of tennis is much like the mental game of poker, where the mind matters a great deal. And Boris himself had a reputation for being a player with ice in his veins. While he was certainly passionate about his game, his ability to remain focused was legendary.

Becker’s personality, combined with his competitive nature, brought out the best in him at the poker table. Before long he was making a name for himself and in 2007 he joined a celebrity poker team that played at events around the world.

In 2008, he made his first appearance at a major poker tournament in Monte Carlo. He improved his game so much so that by April he was playing in the World Poker Tour Main Event. He eventually finished in the 40th position which is quite impressive. His live earnings to date are over $100,000, so while he may not be making a huge living from the game, he is certainly a talented player.

By 2013, Boris had decided that enough was enough and it was time to drop the poker for a while and get back to his first love. In December of that year, it was announced that he would coach Novak Djokovic for the 2014 season.

This was massive news and although he had spent time commentating on the sport for the BBC, this deal brought Becker back into the action. He stayed on as Djokovic’s coach for three seasons and during that time helped the Serbian win six Grand Slam titles. It was an incredibly successful spell for Djokovic, who accredited much of his success to his coach.

Becker left his role as coach to take up a position as the head of the German Tennis Federation in 2017, but that wasn’t the biggest news regarding Boris that year. Despite all of his success on the court, in the media, at the poker table, and as a coach, Becker was declared bankrupt. He was alleged to have an unpaid debt of $14 million and with the court deciding that he would be unlikely to pay, Becker was officially declared penniless.

It was an unexpected fall from grace for Germany’s much-loved tennis star and Becker was adamant that it was all blown out of proportion. The debts still went unpaid and in 2019 he was forced to sell off much of his memorabilia from his tennis career. The auction raised $860,000 to pay creditors, but Becker was and still remains legally bankrupt.

The bankruptcy case was extremely messy. Although Becker felt his name was dragged through the mud, he is still sought-after as a commentator. He still manages some guest appearances on TV and from time to time will appear as an analyst.

Unfortunately for Becker, with the bankruptcy extended for 12 years in 2019, it will be some time before he can put his finances in order again. Perhaps this is why he has spent less time at the poker tables in recent years. After all, whatever money he makes during the next few years will likely have to pay off his debts and creditors.

However, we can only live in hope that, like sports stars such as Mike Tyson, who have fallen on hard times themselves, Becker will dust himself off and get back to what he loves best. Whether that’s coaching the next up and coming Grand Slam winner or getting back to the poker table remains to be seen. One thing we’re sure of — we haven’t seen the last of Boris Becker.

ITA M: Vettori between returning to Modena and going to Turkey