The famous American wing-spiker Kim Willoughby has signed for Igtisadchi BAKU. The club from Azerbaijan continued with transfers for the new season. Manon Flier, Valentina Serena and Lenka Durr have already came. 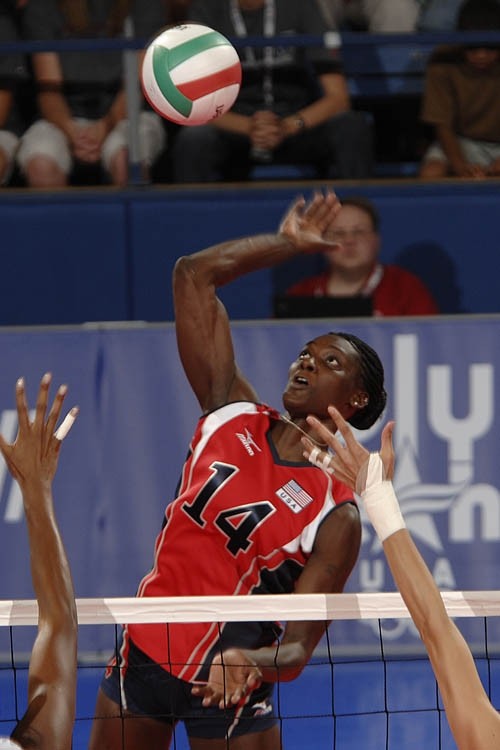 After this transfer we can say that next season Igtisadchi will be a real „Foreign Legion”. In the team they have all national players, Dutch opposite Manon Flier, Italian setter Valentina Serena, German libero Lenka Durr and now the American spiker Kim Willoughby.

Kim Marie Willoughby was born in Houma (Louisiana) and she is 180 cm tall. She has not only played volleyball, she also had competed in track & field and basketball. She played professionally for the Italian clubs Familia Chieri and Sirio Perugia.

While in Perugia she was tested positive for nandrolone and got two year suspension from the Italian Olympic Committee.  Because of that she went to Porto Rico where she has played for Valencianas de Jucos and Pinkin de Corozal until this season.

In April 2008 she joined the USA national team. She made her Olympic debut at the 2008 Beijing Olympics, helping the USA to win a silver medal.

WL M: Igor Kolakovic – Volleyball in Russia is of the highest quality