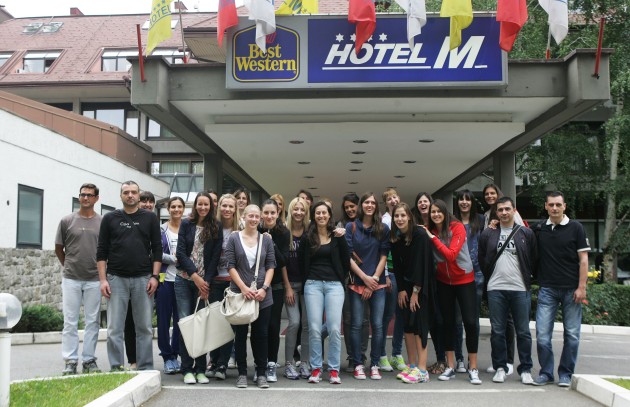 Zoran Terzić, head coach of Serbia, called 19 players for the preparations. Serbia will practice in Belgrade until June 24 when the departure to Kranjska Gora, Slovenia is scheduled.

“ Expectations are like every year. No pressure, but previous successes is giving a specific obligation – a good result and above all, good games, first in the Gran Prix, and later at the European Championship, where we should show our real face, maybe not to defend gold medal, but to be close“ – said the head coach Zoran Terzić.

Among the girls, who have stayed in Belgrade to work after testing, was the captain Jelena Nikolić, who reached the level of form that can classified her into equal candidates for the position on the field.

“It took me some time to overcome the effort, because I haven’t played fora a whole year“ – says Nikolić, from six months ago the mother of a little Aleksa  – “Every day is getting easier and now when I joined the other girls, we will see how much I’ve progressed. We will have a lot of work to do, I’m sure we are all ready, not just only for that, but for the new good results of the Serbian women’s volleyball.“