Volleyball has been one of the “hottest” topics these past weeks in Belgium as both national teams made it straight to the third qualification round of the 2014 FIVB World Championship and – for the first time in history – did both qualify for the final round of the European Championship. Their next stop is the 2013 CEV Volleyball European League. 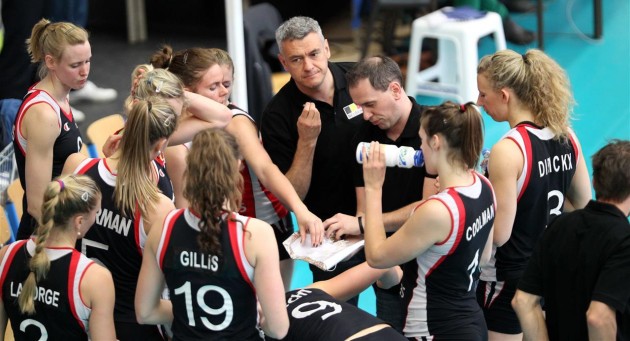 Their next stop is the 2013 CEV Volleyball European League where the women’s national team will celebrate their first appearance while the men are returning back after missing the last edition.

Belgium will host the first round of the prelims in Pool B this coming weekend with 2011 European champions Serbia, silver medalists Germany and Israel visiting the hosts at Sportoase in Leuven.

“It is very clear that we have been assigned to the toughest group” says head coach Gert Vande Broek. “Serbia is the reigning European champion, Germany the vice European champion while Israel is ranked 15th in Europe” he continues.

“Of course this is a good preparation for the European Championship but I do not like to say that via this competition the girls will get valuable experience. I prefer to say that these matches will be an opportunity to learn doing so with a pro-active attitude. That sounds more positive. We will rotate the players and opt for different line-ups. Lore Gillis will be tested as opposite as she has showed enough consistency in the preparation phase. On the other hand, Hélène Rousseaux will play as outside hitter and we will try some other options as Lise Van Hecke, Laura Heyrman and Kaja Grobelna – a Polish-born player who recently received Belgian citizenship – are recovering from minor injuries. Frauke Dirickx won’t play on Sunday because on that day she will be leaving on a honeymoon with her husband” stresses Vande Broek. “At the end of this campaign we will hopefully see some progress and celebrate the victory of some matches” he continues.

As for the scoring system that will be tested in conjunction with the European League – sets up to 21 points and only one technical time-out at 12 – Vande Broek sounds rather enthusiastic: “As I work for the television doing some commentary I am often asked to identify measures to make the game quicker and more exciting. I think these rules will contribute additional thrill to the matches” he says.