Women`s national team of Serbia which will play in European League 2013 tomorrow will travel to Leuven in Belgium. Aleksandar Vladisavljev, the head coach of Serbia announced the squad that will play in Belgium. 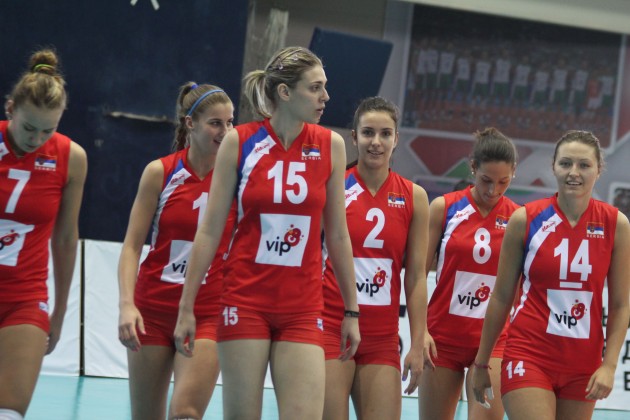 Serbian girls are ready for EL

The first match on the tournament Serbia will play against Belgium on Friday at 20 p.m. The second match is on Saturday against Israel at 17 p.m. and the third is on Sunday against Germany at 15 p.m.

Serbia is a three time winner of the European League, bronze medalist from the last year’s competition and the current European champion.