The hosts of Croatia edged Israel in three straight sets (21-10, 21-17, and 21-17) in the first match scheduled for the opening round of play in prelim Pool C of the 2013 CEV Volleyball European League – Men. This and other volleyball news read on Worldofvolley.com. 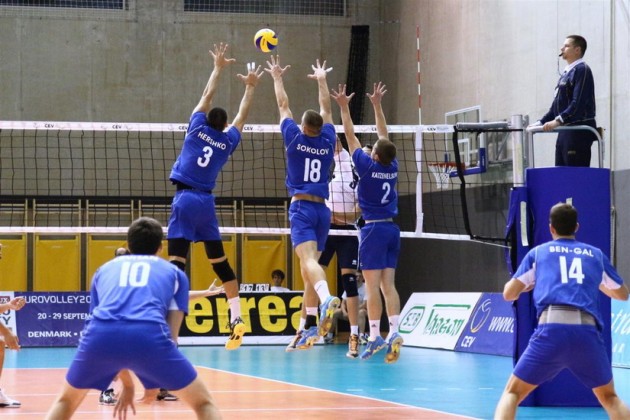 The last addition to this year’s edition – Croatia replaced Portugal after the latter was admitted to play the FIVB World League – did not have any problems to cruise to that speedy victory as Israel showed many problems in reception and especially in dealing with Croatia’s strong serving.

Croatia started out with a 9:3 lead in the first set and Israel could not attempt any comeback with that section of the game ending in a terrific 21-10 for the hosts. Israel stepped up in the second set, especially with good blocks, and even went to the front (12:11) before Croatia flipped the charts around, moved ahead 15:12 and finished it at 21-17. The third set was closely contested especially as the home heroes showed some problems in defense. Israel dictated the pace of the game at 10:8 before Croatia regained control of the match with their blocks and serves (19:13, 21:17).

“The match was quickly over as we needed only 60 minutes to finish it off” says Croatian middle-blocker Matija Sabljak. “Of course it is quicker if you need only 21 points to win a set. However, we still need some time to adjust to this different scoring system. Israel has got a young and inexperienced team so that we did not have any problems to claim this victory. I hope we will celebrate a similar result tomorrow as we play Turkey” he concluded.