The three-time winners of the European League from Serbia edged Israel in three straight sets to get back on track after Friday’s defeat to the home heroines of Belgium. Arie Selinger and Aleksandar Vladisavljev commented the game. 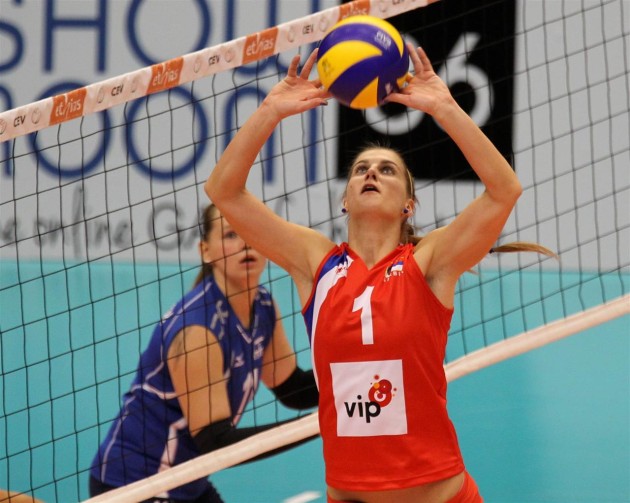 Though they lost in three sets, the players mentored by Arie Selinger did deliver a fairly good performance with Anna Velikiy top scoring in the end with 17 points. Israel did even resist to a couple of match balls before Jelena Blagojevic used her experience to finish it off for Serbia.

“We played better than we had done in our first game with Germany” Selinger says. His side went up 10:6 in the second set and after Velikiy had found a way through the Serbian block did set the pace of the game at 17:16 but the final rush was fully under control of the 2011 European champions. Israel caught a good start also in set 3 (7:4) “but the Serbian players had a very good plan for the deciding moments of the game” Selinger stresses.

Jovana Stevanovic was the one who contributed the last points in the first set while Blagojevic did so in set 2 and 3.

“This is a very important victory. We did not play as good as we wanted but this victory is important for the confidence of the team. We hope to improve game after game” Serbia’s head coach Aleksandar Vladisavljev said.

WL M: Speraw: France has capacity to be a great team