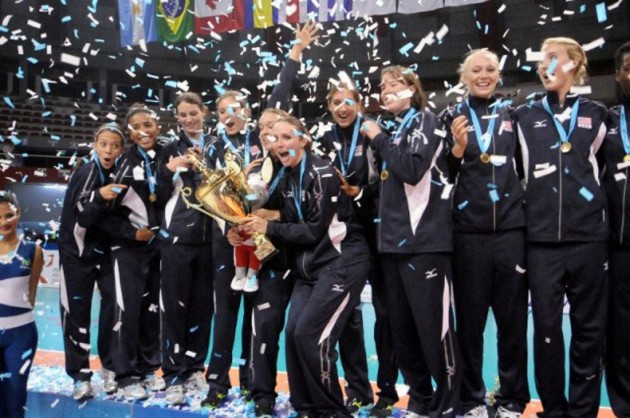 It was a powerful performance by the Americans who have relied on their strong serves and a consistent blocking. The winners held a 13-3 difference in the blocks and led in attacks 36-28.

Nicole Fawcett was the leading scorer of USA with 15 points, including 6 blocks and 3 aces. Lauren Gibbemeyer added 11 points, with 3 blocks.

Dominicans Annerys Vargas, Prisilla Rivera and Yonkaira Peña each had 8 points in the losing team.

USA became only the second country to successfully defend its throne in the history of the event, joining Cuba who had won consecutive titles in 2004 and 2005.

The gold medal was their third, tying with Brazil in second place behind Cuba’s four.

The Dominicans had to settle for their sixth silver medal to go with two gold and three bronze medals.

To read more about this competition click on Pan American Cup 2013.

EL W: Turkey made three wins in a row