The Dutch city of Almere held a farewell to Ingrid Visser and Lodewijk Severein. 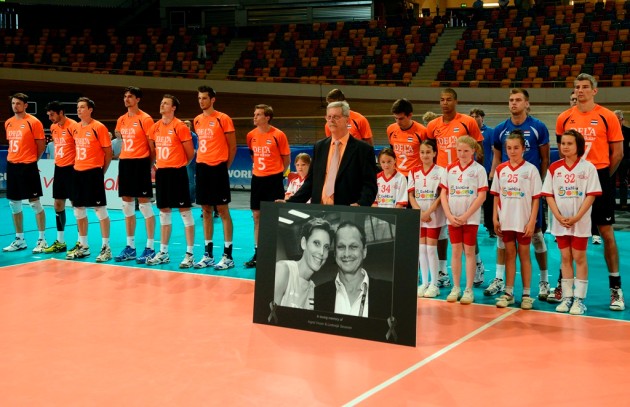 Nobody will ever wear number 15 in the Dutch national team

There was a meeting held to commemorate Ingrid Visser and her husband.

The sports center, which for many years has been almost been a second home to Visser, was host of of the Dutch volleyball representatives, friends, colleagues, family and all those who somehow feel connected to them.

During the meeting, many people shared their memories associated with the deceased couple.

Among the colleagues there were a lot of the Dutch national team members. Short speeches, full of anecdotes and all kinds of history, were held Chaïne Staelens and Francien Huurman.

“Since 1996, Ingrid consistently hold her place in the team, never gave up over the years. A legend, a great athlete, a professional in every way“, said Staelens and Huurman added, “Ingrid and Lodewijk were a couple whose life was guided by passion. They are part of our lives and we are happy that we could share it with them.“

During the past few weeks, all national team matches began with a minute of silence in memory of Visser and Severein. The last time it was held at the World League tournament in The Hague.

The Dutch Volleyball Federation President Hans Nieukerk also addressed at the meeting in Almere and announced that the number 15, which Visser had worn in the national team, will be retired.