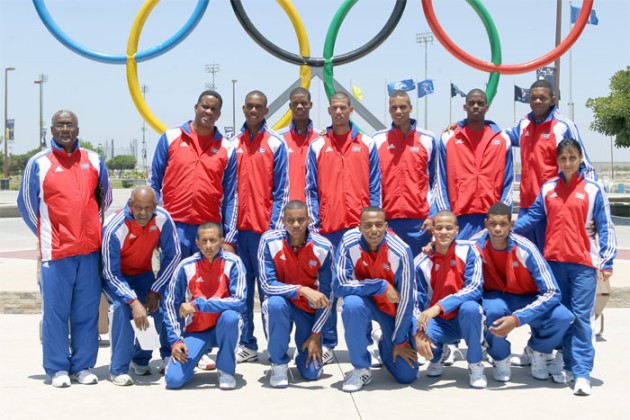 Cuba team arrived with some time ahead of the competition to complete its preparation for the championship to serve off on June 27. The Cuban squad will play against Argentina, Japan, Chile and Turkey as part of Pool B at the State Auditorium in Mexicali.

Some players including the captain Ricardo Calvo and Osmani Uriarte, as well as the team manager Lorenzo Martínez, and coach Rodolfo Sánchez were received by Octavio Morgan, High Performance Director of the Baja California Sports and Physical Culture Institute.

“We feel very glad  for having you here for this important event, on behalf of our General Director, Saul Castro Verdugo, we welcome you to our country, our state and facilities,” Morgan said. “We hope you have a great stay here”.

Other officials of the Sports Institute personnel like the Methodology Coordinator Gregorio Cabrera, Dr. Natalia Gilvaja, of the Medical Services, Victor Orozco, of the Athletic Village, and Mauricio Ramirez, Administrative coordinator, also attended the meeting.

Details about the organization process towards the World Championship were presented to members of the media who attended the meeting where the Cuban delegation exchanged some impressions with the local sports authorities.

To read more news from this competition click on Youth World Championship M.

Both 2019/20 Belarusian championships resume with playoff...