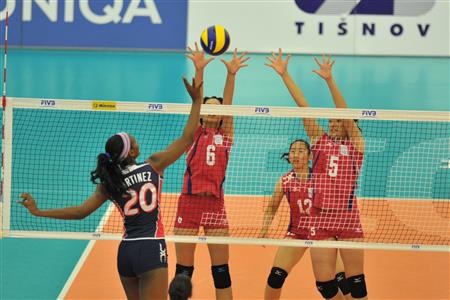 The Caribbean improve their win-loss ratio to 3-0 while the Asians suffered their first defeat (2-1).

Twenty two Dominican block winners to seven from Chinese Taipei were one of the reasons for the Dominican Republic’s win.

The key moment of the match came in the second set with the Caribbean coming back from 13-16 to pull ahead of their competitors.

Even though Chinese Taipei kept the upper hand in the fourth set (26-24), the Central Americans proved too strong for their opponents in the fifth and deciding set.

The unbeaten Dominican Republic continue their U20 World Champs campaign on Tuesday versus Puerto Rico while Chinese Taipei will take on host Czech Republic for their last Pool A match.