The Norceca challenge between USA and Mexico saw the victory of US team in a 4-set match. Mexico had a great start, dominated the second set, but Estanislao Vachino’s team lost all their push while the opponents rose their volleyball through the match. 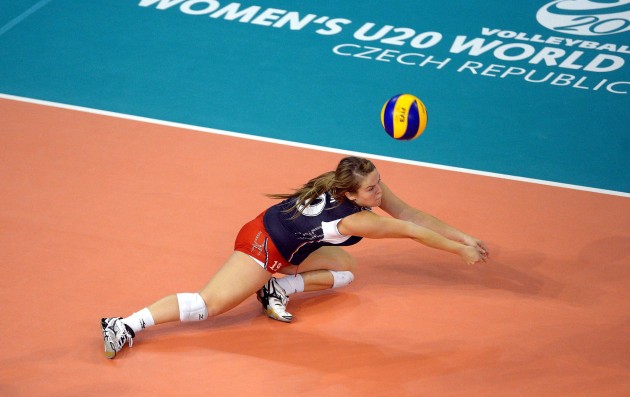 The first set was decided by simple details: Mexico’s block was more proactive, while US’ serve was more efficient. A 29-27 score witnesses the balance among the two teams. In the second set, while Mexico’s steady block continued to get rid of the opponents’ spikes, USA was lacking of covering their own attackers through defense.

The third set came up a little nervous: Mexico got even a red card, given by referee Gou Ming to the assistant coach Jose Martell. However, Mexico defense on USA counterattacks, linked with their blocks, worked very fine until they started to make mistakes which allowed USA to get closer (18-17). USA used at their best this advantage: eventually Amber Rolfzen managed to block Samantha Bricio to get the (27-25). The last set showed how much Mexico lost their rhythm and USA increased their confidence. US’ attack was much more efficient and their dig as well: a final point by Merete Lutz earned the last whistle from referees to fix a 25-22 score.

WCHJ W: “We improved our level during the match”, says Dominican Republic captain