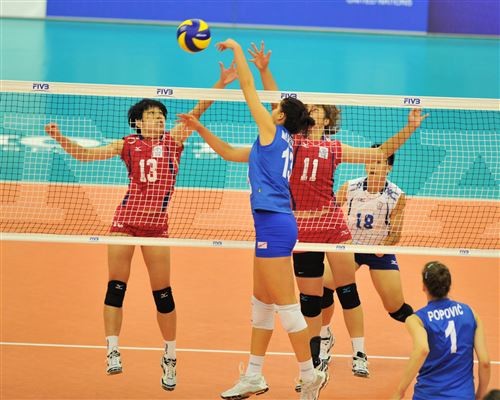 Tijana Bošković led the way for Serbia with 16 points – the 191 centimetres Bošković was a dominant force, scoring 13 points on attack alone, while Mina Popović added 14 points.

Ratko Pavličević’s team made a bright start, taking a comfortable 2-0 set lead before Chinese Taipei ran off several remarkable rallies to control the early stages of the third period.

However, an 18-16 lead was not good enough for the Asians to pull clear.

The eastern Europeans were consistently rebuffing their opponents at the net and they wrapped up the win by taking the third set 25-20.

Serbia is the first team to qualify for Friday’s quarterfinals.