Chinese Taipei beat host Czech Republic in straight sets to advance to the classification match for the ninth place at 2013 FIVB Women’s U20 World Championship. In front of 1,300 fans, the Asians won in 1 hour and 20 minutes. Wan Ling Tseng and Michaela Mlejnkova were the top scorers. 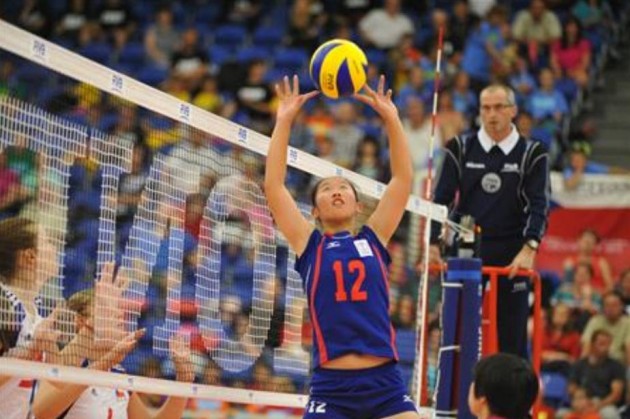 Chinese Taipei started the opening set stronger and found themselves leading quickly with captain Wei-Hua Wu and Wan Ling Tseng thundering their spikes through the Czech defence. The home team did its best to resist, but could not cope with the fast combinations at the net. The plot of the match did not change much in the second and third set. The Asians carried their momentum from the beginning and gained the advantage with solid offensive work at the net and some awesome defense actions. After 80 minutes, Tzu Ying Lee finished the match with a quick attack through the middle.

Chinese Taipei will take on the winner from Bulgaria versus Peru in Sunday’s match for the ninth place at 2013 FIVB Women’s U20 World Championship in Brno, Czech Republic.