Finland overcame Rwanda the tie-breaker to finally win a five-setter at their third chance in as many days claiming a victory in Pool C of the FIVB Boys’ U19 World Championship on Saturday. Antti Ropponen, Lauri Jilha and Samuel Niyogisubizo were the top scorers. 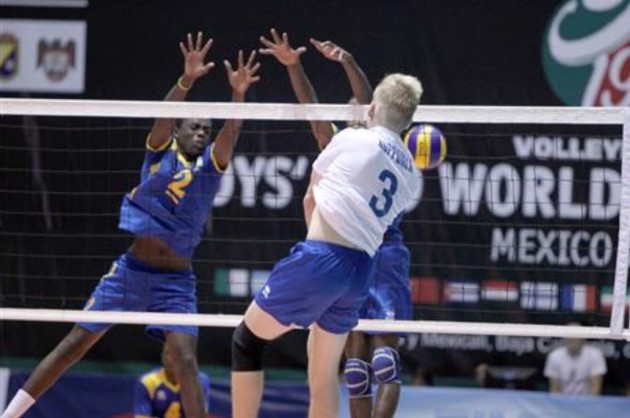 Losers to Iran and France in the first two days of the competition at the Baja California High Performance Center, the Finns were able to built a consistent defensive wall during the late stages of the fifth set to take the win.

Antti Ropponen with 21 points and Lauri Jilha with 18 were the offensive leaders for the winners while Rwanda’s Samuel Niyogisubizo collected a tournament-high 33 points in the losing effort.

Rwanda was leading 14-12 in the tie-breaker but the anxiety clearly affected their composure and let the victory to escape. During the match the African team committed 40 errors to 27 by the European side.